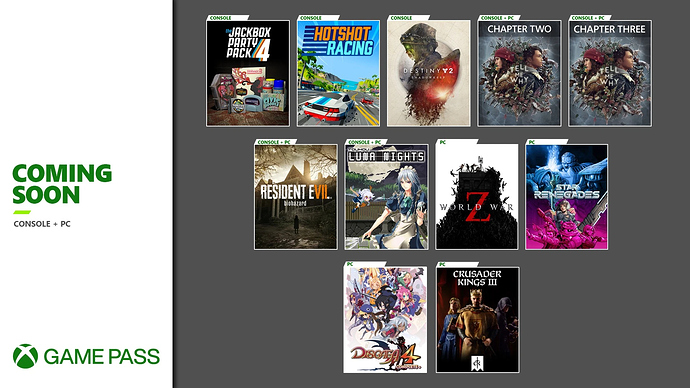 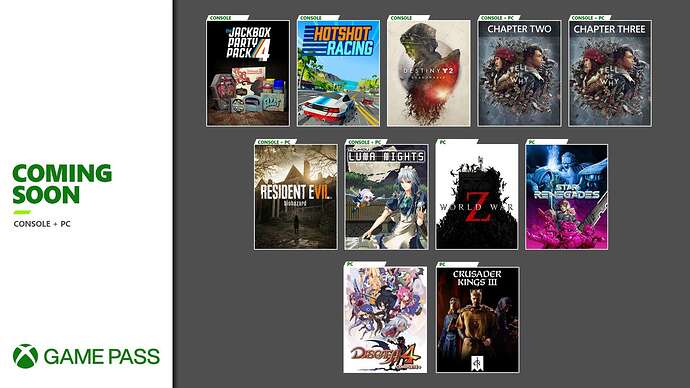 Crusader Kings III (PC) [email protected] – Available today!
This grand strategy game puts you at the head of a noble house in a deeply researched medieval world. Use your armies, your diplomacy, and your wit to expand and elevate your dynasty. Each generation brings new characters and new challenges as pesky plotters, turbulent priests and ungrateful children challenge your efforts to keep your realm and your family in line.

The Jackbox Party Pack 4 (Console) [email protected] – September 3
The biggest and fourthiest addition to this storied party game franchise features the blanking fun sequel Fibbage 3 and its brand-new game mode, Fibbage: Enough About You ; the web-based frame game Survive the Internet ; the spooky date-a-thon Monster Seeking Monster ; the deranged debate match Bracketeering; and the one-up art game Civic Doodle. Use your phones or tablets as controllers and play with up to 16 players, plus an audience of up to 10,000!

Resident Evil 7 Biohazard (Console & PC) – September 3
Menace and desperation seethe through the rotting walls of an abandoned southern farmhouse. Resident Evil 7 Biohazard marks a new beginning for survival horror with a shift to an immersive first-person perspective. Powered by the RE Engine, graphics reach new heights of incredible photorealism to further draw players into the disturbing game world.

Tell Me Why: Chapter Two (Console & PC) – September 3
Available on Day One with Xbox Game Pass! The Ronan twins continue to uncover Mary-Ann’s secrets, but find that some people who knew her want the truth to stay buried. Michael helps Tyler adapt to life in Delos Crossing, while Alyson struggles with the tension between her brother and Uncle Eddy.

Touhou Luna Nights (Console & PC) [email protected] – September 3
Touhou Project meets Metroidvania in this phenomenal title. The protagonist Sakuya Izayoi explores a Gensokyo-like world with her skills sealed. She must unseal her skills, and fight against other Touhou Project characters to discover the truth about this world she finds herself in. The world, the characters and their animations… the beauty of the Touhou Project world is expressed through gorgeous pixel graphics. Touhou Luna Nights is not only for Touhou fans but one that can be enjoyed by anyone who loves their 2D action games.

World War Z (PC) – September 3
Humanity is on the brink of extinction. From New York to Moscow and Jerusalem, the undead apocalypse continues to spread. As the end looms, a hardened few band together to defeat the horde and outlive the dead.

Star Renegades (PC) [email protected] – September 8
Star Renegades is a strategy RPG about outsmarting AI-driven adversaries, forging friendships, and toppling galactic empires spanning over multiple generations. Fusing a reactive, tactical turn-based battle system that emphasizes interrupts and counters, with a procedurally generated and emergent mission-based campaign and an intelligent Adversary system with enemy officers that evolve and move up in the ranks, every playthrough is unique, challenging, and never the same.

Disgaea 4 Complete+ (PC) – September 10
The ultimate Disgaea has arrived on Xbox Game Pass for PC! HL-raising action and a horde of special features await you in this tale of fiery revolution. With over 30 unlockable characters, extra story campaigns, and modern flourishes to the Disgaea formula, Disgaea 4 Complete+ offers as deep and smooth of an SRPG experience as there has ever been.

Tell Me Why: Chapter Three (Console & PC) – September 10
Available on Day One with Xbox Game Pass! The search for their father’s identity has thrown the twins’ lives into turmoil. Fearing he’s lost his sister, Tyler continues the pursuit alone. Meanwhile, Alyson’s guilt brings her into conflict with the people she loves most, as the heart-rending Tell Me Why trilogy concludes!

Destiny 2: Shadowkeep & Forsaken (Console) – Coming Soon
Dive into the world of Destiny 2 to experience responsive first-person shooter combat filled with stylish finishers and devastating Super abilities. Create your Guardian and explore the mysteries of the solar system while collecting powerful gear to customize your look and playstyle. Brave challenging co-op missions, compete with other Guardians in a variety of PvP modes, and experience a cinematic story throughout both the Forsaken and Shadowkeep expansions. You decide your legend. 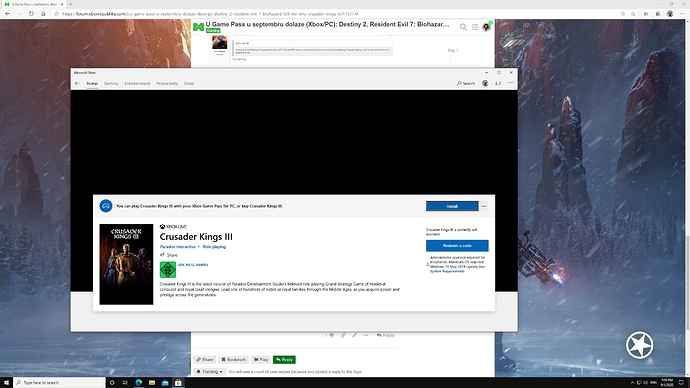