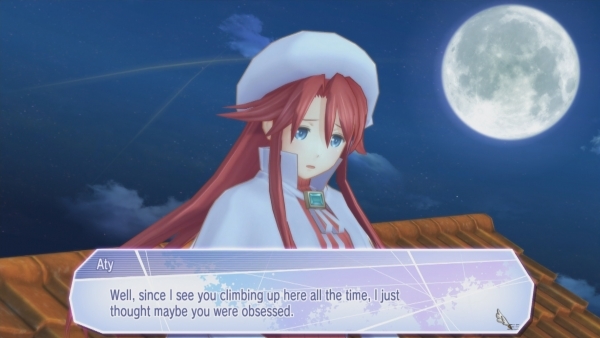 The game will release both physically at retail and digitally via the PlayStation Store in North America, and only digitally in South America and Europe. A limited edition deluxe physical version only available via the Gaijinworks official website will also be released, with details due out after E3 2016.

Here’s an overview of the game, via Gaijinworks:

Summon Night 6: Lost Borders weaves an emotional tale of friendship and discovery that begins in the sparsely populated “cocoon world” of Fillujah, where the three main characters (Raj, Amu and Ist) live in virtual isolation. Each has a single companion, a flying sidekick with an amazing special power, and they are all surprised when dozens of strangers begin to suddenly appear—literally falling out of the clear, blue sky. Lost Borders can be played and enjoyed without any knowledge of the previous games in the series, but fans will recognize that the mysterious strangers are actually returning characters from all of the mainline Summon Night games.

Released in Japan as a celebration of the series’ 15th anniversary, Summon Night 6: Lost Borders offers gorgeous widescreen graphics presented in high definition, a first for the series. The fully 3-D battle system allows Chain Attacks that happen automatically when an enemy is surrounded by two or more allies; in these situations, each ally can hit the enemy without risk of counterattack. In addition to the Summons that are a hallmark of the series, two allies can team up for a breathtaking “Summon Burst” attack that invokes a devastating magical strike from one of many giant fantastical creatures.

Combat is only one part of the Summon Night 6 experience. The series is well known for its “night conversations”—one-on-one encounters where various characters confide in one another, leading to a web of elaborate, emotional storytelling with many different branching paths. Lost Borders also includes several charming mini-games: One has you fishing for different types of aquatic creatures, while another involves cooking power-up meals using the bounty you’ve caught with your fishing pole.

The game features more than a dozen endings, many of which have sub-endings that can change depending on the player’s affinity level with a particular character. “Summon Night 6 is one of our biggest projects to date,” Gaijinworks president Victor Ireland explains. “It has enough text to fill about five novels—over 50% more than the huge volume of text that Summon Night 5 had.” Adding to the enormity of the localization task is the fact that the English-language version of Summon Night 6 will feature voice acting: All key events will be voiced, as in the original Japanese version. Recording of the English voice begins this month.