Star Wars: Battlefront will not have squads or classes 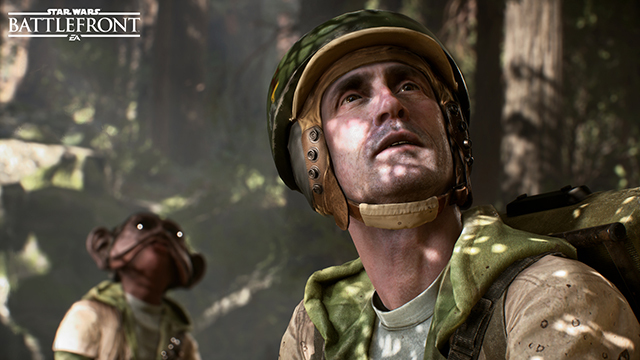 Design director Niklas Fegraeus says there won’t be any classes or squads in Star Wars: Battlefront, according to GamesRader.

This info comes as a bit of a surprise, since it moves away from staple features of most multiplayer games. Instead of being limited to pre-made classes, players will be able to freely pick from weapons and gear they’ve unlocked by spending XP.

The removal of Battlefront’s traditional five-man squads is also intriguing. A new “Partners” feature is instead being toyed with, one that will allow two players to become linked so that they always appear on each other’s HUD and can spawn on each other.

Partners will also be able to share anything they’ve already unlocked in the game, giving players with higher levels a chance to help balance out lower level counterparts, or allow players with different unlocks the chance to experiment.

Star Wars: Battlefront will drop November 17 for PS4, Xbox One, and PC.