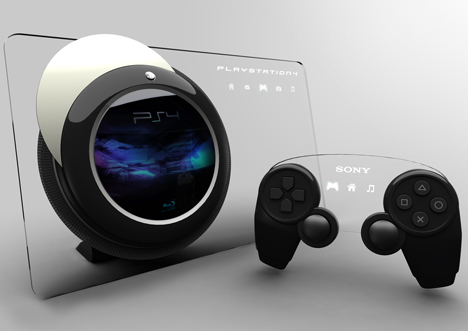 Grass is green, water is wet and Sony is working on a PlayStation 4.

While the Japanese platform holder still insists on doing the 10 year lifecycle dance and parade its current home console around at the mere mention of the PS4, we know there’s a cabal of absurdly smart people shaping the next entry in PlayStation family.

Although the current crop of game continue to impress, with titles like Uncharted 3, Gears of War 3 and Batman: Arkham City knocking our metaphorical socks off, we can’t help but absentmindedly dream of a world where the PlayStation 4 sits on the store shelves, beckoning us to fork over - knowing Sony and its history of launch prices - something like £800.

It’s always games that serve as the tipping point though, so we’ve come up with a list of what titles would convince us to throw down our hard-earned cash for a PlayStation 4.

This is our list, but tell us what games would win you over in the comments below.

[SIZE=3][SIZE=4]**METAL GEAR SOLID 5
**[/SIZE][/SIZE]As huge Metal Gear Solid fans, we would rush out and buy a PS4 at the mere mention of new Metal Gear title. The epic story, cinematic cutscenes and brilliant stealth gameplay elevate this series to the heights of gaming’s very best.

Metal Gear Solid director, Hideo Kojima, has said that Metal Gear Solid 4 is Solid Snake’s last adventure, so no more hiding in cardboard boxes for him - but nobody said anything about Big Boss, the star of Metal Gear Solid 3 which was arguably the best entry in the series.

He did appear in PSP title Metal Gear Solid: Peace Walker, but we’d love to experience some of his other adventures on a proper console. Maybe Kojima and the team could set a game in the period between Snake Eater and Peace Walker, give us more back story behind the Patriots. Anything!

The idea of another epic story to play through is enough to get us excited for a new game; and with the increased power of a PlayStation 4, the developers could make some truly stunning moments.

[SIZE=4]**UNCHARTED 4
**[/SIZE]Drake’s third outing hasn’t even been released yet, but the smart money is on Naughty Dog delivering yet another cinematic blockbuster. So obviously, the prospect of more Uncharted beyond the third adventure is an exciting one.

Since its conception, Uncharted has grown in to one of the PS3’s flagship titles thanks to its high budget production values, superb characters, slick cover shooting mechanics and epic cinematic moments. Gamers love it, so a new entry on a next-generation console would almost certainly pique their interest. And just think how much more developer Naughty Dog could achieve with more powerful hardware.

They’ve already conquered water and snow in the first two games, and they’re aiming to make your jaw drop with their fire and sand effects in Uncharted 3. But if they look stunning now, imagine what they’ll look like on next generation hardware.

Simply put, the Uncharted series is something you can’t miss - even if it requires shelling out for a new console. We know it, and we’re guessing Sony probably knows it too.

[SIZE=4]**NEW QUANTIC DREAM PROJECT
**[/SIZE]Say what you want about Heavy Rain, but there’s certainly nothing else like it. Heavy Rain had a fantastic atmosphere and a branching storyline that warranted multiple play-throughs.

But there’s definitely room for improvement. The writing wasn’t exactly award winning material and, at one point, there was a really questionable method of throwing you off the trail of the killer which felt cheap when you think back on it. It was a bit too also a bit too easy, even on the hardest difficulty setting.

For those that know their way around a DualShock, the chase scenes and shootouts weren’t as thrilling as they could have been, as hitting the correct button within two seconds was a breeze. Make the window to hit the button shorter, or give us more complex button combinations or stick rotations - because currently you can get through a lot of the game without making a single mistake.

That is, of course, if Quantic Dream’s next game is anything like Heavy Rain at all. David Cage has already shot down the idea of a Heavy Rain 2, but has expressed interest in doing an ‘emotional war game’ - whatever that is. Heavy Rain with a shoot button?

The developers definitely deserve a second chance to right the wrongs of Heavy Rain, build on it and truly make a genuine slice of gaming brilliance. We’d buy a PS4 for a new Quantic Dream game.

[SIZE=4]**NEW TEAM ICO PROJECT
**[/SIZE]Again, nothing in particular, but we’d take anything from this studio. Ico and Shadow of the Colossus are considered modern masterpieces by many, and The Last Guardian isn’t even out yet but it’s already looking absolutely fantastic. There is just simply nothing that even comes close to evoking the same feelings and emotions that Fumito Ueda’s creations do, which is why we’d buy a PS4 for a new Team Ico game in a heartbeat.

Ico and Shadow of the Colossus both provide an utterly captivating and almost haunting experience. In Ico there is no soundtrack, instead music is replaced by an evocative soundscape of characters’ footsteps, the flickering of candles and the whisper of the outdoor breeze as you make your way around the castle, fighting off the shadowy monsters that stalk Yorda.

In Shadow of the Colossus, the land is barren, with the only company being your loyal horse Agro. The gameplay has been stripped down to its purest form, keeping only what is needed and discarding what isn’t. As a result, you have two of the most immersive and atmospheric games of the last generation; so given the increased capability of a new PlayStation, there’s no doubt that whatever Team Ico create would be incredible.

[SIZE=4]**GRAND THEFT AUTO 5
**[/SIZE]Grand Theft Auto 4 was technically brilliant. A near perfect recreation of New York City, rich with environmental detail and plenty of pedestrians going about their lives. With the Euphoria physics engine, hitting them with your car “by accident” was an absolute joy.

But the game is starting to look a bit rough now, on console at least anyway, so a brand new city to run riot in is just what we need. With the more powerful hardware, you could have many more pedestrians and cars on screen at once and the city could come alive with more detail than you’ve ever seen in an open-world game before.

A lot of gamers seemed to be put off by GTA 4 because of the more serious tone it went for. If some of the crazier/more fun elements of San Andreas/Vice City returned, Rockstar would have a winner on their hands. Jet-packs, mini remote-control exploding cars and fighter jets were sorely missed by some from the most recent entry in the series. Here’s hoping they make a return in the next game.

GTA 5 is something we’re hugely excited for, so if it ended up being an amazing, ultra detailed PS4 title, we might just fork out for one.