[INDENT] Disclaimer* This is said to be Rebug’s official 4.53.1 Cobra firmware. I received this anonymously, so I cannot confirm this.

The firmware is reported to have only one issue, which is the same issue that exists in Rebug 4.46 with Cobra on DEX mode. It’ll mess up vsh and start going really slow until it freezes, with Cobra enabled while in DEX. Besides that, it works fine.

You can use the toggles to turn Cobra off, to have working DEX mode. Then turn it back on when in CEX.

This will not install over 4.55 or 4.60 CFW. You will need use Rogero’s downgrader 3.7 to downgrade, before installing.

So far this has been tested and confirmed working on

and with special thanks for lot’s of testing from @pauline45 . Here is a quote from him -

CECHP-phat nor CECHQ-phat nor both working as testing also CECHC- phat nand and CECHA - phat nand also working. PS3s was running 3.20 ofw and 3.41 on the four of them, when I installed the cfw 4.53.1 rebug /cobra no bricks or freezing. More testing in process with homebrew and other apps**_ 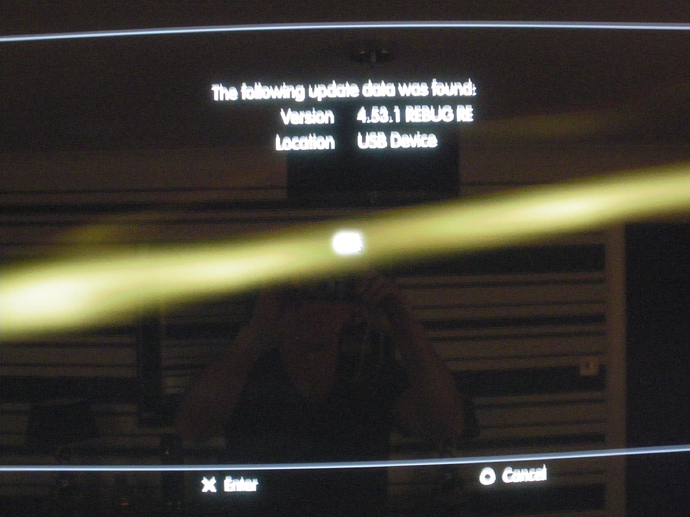 There are currently more models in the testing process, BUT A DOWNGRADER IS STRONGLY RECOMMENDED BEFORE INSTALLING! USE AT YOUR OWN RISK!

Thread will be updated as frequently as possible.

Rebug_4.53.2u_rex_cobra by joonie86 ,
as from now ive installed this in 2 slims CECH-2003B and CECH-2504B and 1 phat nand CECHC and a phat CECHM nor models firmware is running fine with multiman,showtine and playing ps3isos and ps1isos and ps2isos to with irisman installed and also logged into psn with 4.60 spoofer no problem played gta for 1 hour and also cod ghosts no problems all settings in this rebug working perfect no softbrick on bricking issues also boots up fine xmb if installing use rogero downgrader to 3.55 and then put on usb stick 3.55 ofw and then install rebug also this will not install over habids 4.55 or rogero 4.55 so you need to downgrade to 3.55 to install it always make sure you are flagged so you can go up and down cfw without the rick of bricking issues and its always handy to have a flasher handy when checking out firmware thanks to joonie86 for the updates on this

PS2 ISO is working fine in general on both NORMAL/REBUG mode,

However, only certain condition, it has an issue with PS2 Emu.

“CEX/Retail XMB Menu” with PS2 ISO combination will give you shutdown.

but DEBUG CEX/DEX XMB Menu with PS2 ISO work fine on any condition on both CEX / DEX LV2 Kernels.

So this is already good enough.

I may want to fix that little issue later, but this is what I have found so far.

Dropbox is a free service that lets you bring your photos, docs, and videos anywhere and share them easily. Never email yourself a file again!

Sent from my Nexus 5 using Tapatalk

I guess this would be the real last build unless someone has an issue with PS2 on BC Console.

Change log
-PSP Emu is now working fine on CEX/DEX in any condition.*