You came for the games, now stay for even more games with Xbox Game Pass. We just wrapped on the first /twitchgaming Showcase with [email protected], celebrating diverse and unique gaming experiences from independent developers! ICYMI, you can find the...

Art of the Rally (Funselektor Labs Inc.) (Cloud and Console)

Race in the golden era of rally. Drive iconic cars from the 60s to Group B on challenging stages through stylized environments inspired by real worldwide locations. Will you master the art of rally?

Turn-based JRPG Astria Ascending from Artisan Studios and publisher Dear Villagers is coming to Xbox Series X|S, One and Game Pass in 2021. In a world where chaos looms, players take control of the Demigods – a motley crew of eight heroes charged with the fate of the world. Each character has their own story, explored across five cities, twenty-five dungeons and thirty hours of gameplay up to fifty for 100% of completion. Along with the finely tuned turn-based combat, players can try out a range of side quests and mini-games, including an original fantasy-themed token game.

Backbone is a noir roleplaying detective adventure. Step into the shoes of anthropomorphic raccoon and private eye, Howard Lotor, to investigate a string of progressively more outlandish events, all set on the backdrop of a dystopian Vancouver, beautifully rendered in 2.5D pixel art environments.

Boyfriend Dungeon is a dungeon-crawler about dating your weapons! Take your swords and daggers out on dates to level them up between fights and maybe even fall in love. Boyfriend Dungeon is the world’s best “shack-and-slash”, with seven different weapons waiting for the perfect wielder. 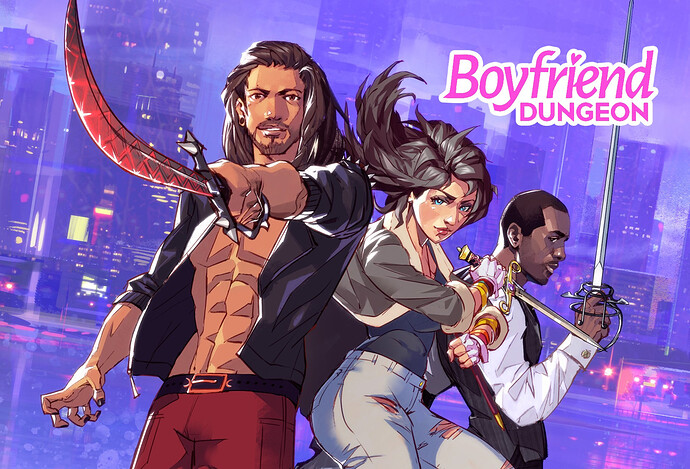 Craftopia is the brand new multiplayer survival action game made in Japan. We combined many features we find enjoyable, such as hunting, farming, hack-and-slash, building, automation to develop this game.

Grab your bat, steal a car, and take your chances against the unearthly horrors found along Route 666. Top-down driving meets survival horror in this innovative new game from Team Fanclub. Dead Static Drive is about a nightmare road trip and the extremes of personal circumstances the characters are put into and their emotional reactions. You’ll have to choose who you can trust as you fight the horrors barely concealed underneath everyday domestic life. 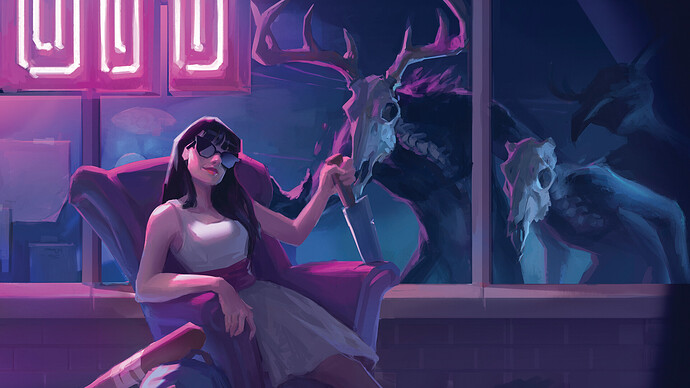 JRPG Edge Of Eternity from developer Midgard Studio and publisher Dear Villagers, is a grand tale of hope and sacrifice. You’ll join young soldier Daryon and a cast of unforgettable characters as they set out on a fate-defying journey across a dying world. Solve quests in multiple ways, master a deep and strategic combat system and enjoy a stunning soundtrack including contributions from Chrono Trigger & Xenoblade Chronicles composer Yasunori Mitsuda. Edge of Eternity is launching later in 2021

Hello Neighbor 2 is a stealth horror game about uncovering your creepy neighbor’s secrets. You are a journalist looking to solve the Neighbor’s case because no one else dares to. Play against a complex opponent controlled by an advanced AI that learns from you and all the other players! As time progresses and the Neighbor adapts to the players’ patterns, his own behavior will change and surprise you. Will you be the one to outsmart the Neighbor and find out what he’s hiding?

“May you find your book in this place.” Combat between the guests and the librarians breaks out as if it were on a stage. Defeated guests turn into books, and the Library grows onward. And eventually, get your hands on… The one singular, perfect book.

Become the owner of the Library and receive your guests.

Your librarians will fight for the Library.

A good book will allow you to invite new guests with greater secrets.

Amass a collection of books and explore the secrets of the City.

Little Witch in the Woods (SKT, Sunny Side Up)(Cloud and Console)

Little Witch in the Woods is a fantasy role playing game where you get to live the life of a witch. You’ll play as Ellie, a little witch that has just come to a new town, and you are set to be a part of a “witch’s house.” However, when you arrive, it appears that the town is near empty, and the witch’s house is in disrepair. Your ultimate goal is to mastery witchery, by learning potions as an apprentice at the witches house and gathering materials from across the land, a magical and mystical place full of unique experiences.

Moonglow Bay is a wholesome fishing RPG set along the 1980’s Eastern Canadian coastline, featuring a playful voxel art style and sumptuous soundtrack. Embark on a diverse and emotionally charged story, playing as a rookie angler seeking to fulfil their partner’s final wish. With journal and rod in hand, explore the furthest reaches of the ocean, and learn to cast nets, set traps, and fish while documenting over 100 aquatic species. Will you uncover all the secrets of the Bay? 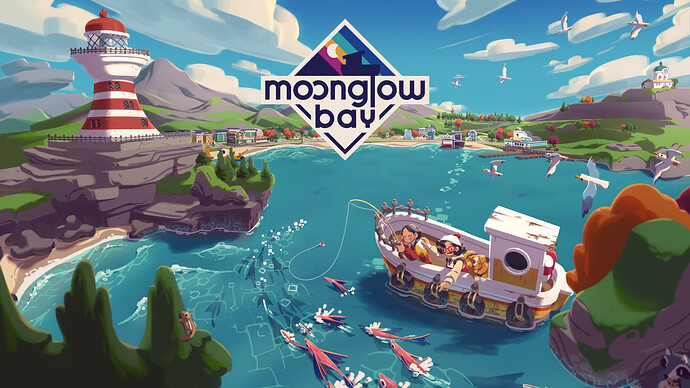 Flashback to the 80s. The Creator, a genius of his time, creates a video game console called Narita One with its flagship title being a game called Narita Boy . Narita Boy becomes a tremendous hit! Copies of cartridges are flying off physical shelves worldwide. Within weeks Narita Boy is the best-selling video game of all time, critically acclaimed for its power-fantasy wielding the Techno-sword and taking players on a journey like no other. Meanwhile, inside the binaural code the digital realm connects with reality. Him has returned and deleted The Creator’s memories. Supervisor program, Motherboard, and her agents have activated the Narita Boy protocol. The Stallions are coming, and the Digital Kingdom needs a hero. 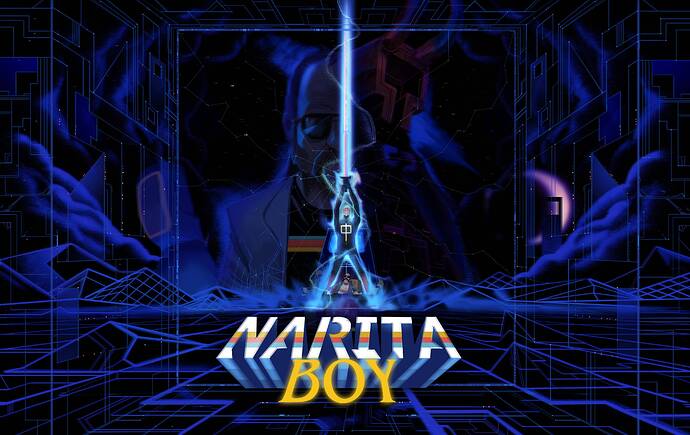 Nobody Saves the World ( Drinkbox Studios)(Cloud and Console)

From the creators of Guacamelee! comes Nobody Saves The World , a new twist on Action RPGs. Transform into a Ranger, Rat, Horse, and a dozen other unique Forms. Mix-and-match abilities to create powerful custom builds. Explore dozens of dangerous dungeons slaying horrendous monsters on your quest to… SAVE THE WORLD!

Omno whisks you away on a journey of discovery through an ancient world of wonders. It’s a single-player adventure full of puzzles, secrets, and obstacles to overcome, where the power of a lost civilization will carry you through forests, deserts and tundras – even to the clouds. Created by solo developer Jonas Manke, Omno will be coming to Xbox One and PC this summer.

From indie studio Phigames and publisher Dear Villagers, take control of a semi-sapient program and escape deletion in this atmospheric, Metroidvania-inspired hacking adventure. Set in the sprawling 3D world of the Mainframe, Recompile features intense combat, tight platforming, environmental hacking and a unique branching narrative. Recompile is coming later in 2021.

Sable is a coming-of-age tale of discovery through exploration across a strikingly rendered open world desert. Go on a deeply personal journey across an alien planet as the young Sable, exploring ancient monuments, ruined architecture, and ships fallen from the cosmos, all while learning the history of its inhabitants and discovering her place in the world. Only the inquisitive mind will come to understand the lessons held within the sandy confines of the planet’s secrets: lessons of life, family, and being a part of something greater than one’s self. 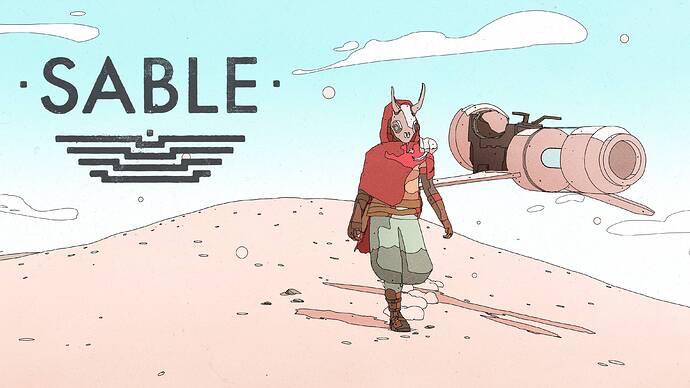 This is a surreal adventure RPG about dreams and the extent to which they mirror reality. You play as Thalia, an anxiety-ridden, comatose woman on a journey to confront the nightmares preventing her from awakening, while also finding out how exactly this mess happened in the first place. Combining a deeply personal narrative with a thematic focus on emotions, mental health and self-identity, She Dreams Elsewhere features a surreal, visually striking world brimming with mystery that begs you to explore its every detail.

S.T.A.L.K.E.R. 2 is a blend of FPS, immersive sim and horror set in the Chernobyl Exclusion Zone. It’s a unique journey set in a big open-world, where your decisions — both small and big — define the outcome of the story. The game is next-gen only (PC, Xbox Series X|S) and will be available on Xbox Game Pass day one. 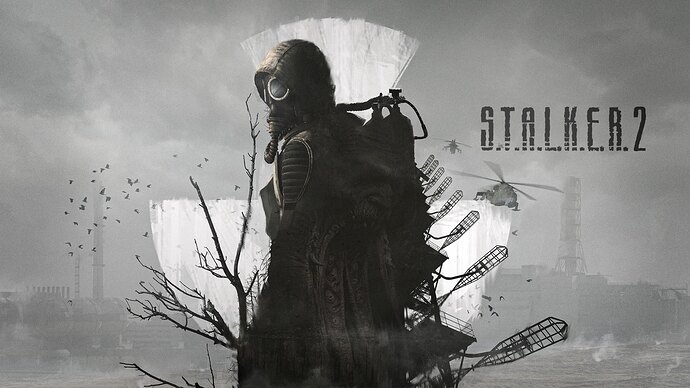 The mega corporation that owns you and everyone, The Ascent Group, has just collapsed. Confusion and chaos ensue, security and order are in disarray, and without protection, everyone is left to fend for themselves. Stop gangs and hostile corporations from taking over and discover what really happened in this solo and co-op action RPG set in a cyberpunk world. Developed by Neon Giant and published by Curve Digital, The Ascent will target 60 FPS and full 4K on the Xbox Series X for an amazing gameplay experience.

Undungeon is a gorgeous action/RPG driven by intense real-time combat and an immensely rich science fiction story. Travel between dimensions and change the world around you in an attempt to reconstruct the shattered Multiverse.

Way to the Woods (One Pixel Dog)(Cloud and Console)

A Deer and Fawn must embark on a journey through an abandoned world of the unknown to get home. A third person adventure game solo developed by Anthony Tan, featuring music from Aivi & Surasshu, composers for the show Steven Universe. Unravel the mystery of Cat Town, evade a hounding pack of wolves, and find your light to explore a world filled with the relics of the old gods: humanity.

Take command of a magical swarm of curious creatures in this story-rich, action-adventure game about childhood escapism. Battle precarious wildlife and supernatural foes, construct and craft new pathways, and discover the secrets of aunique and sequestered world rich with centuries full of lore. Woods, caves, coastline, ancient shrines… The Deep Woods is full of puzzles to be solved and secrets waiting to be uncovered.