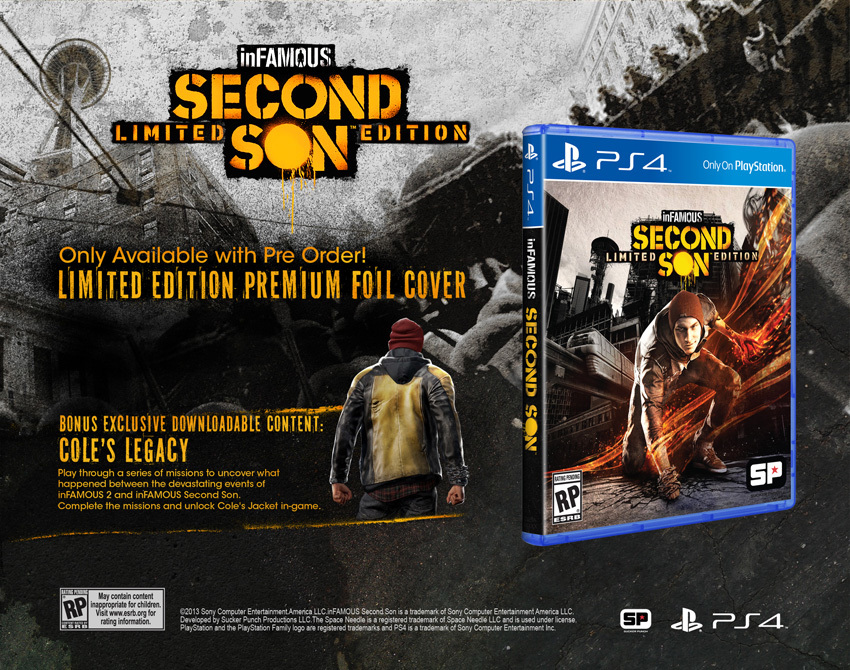 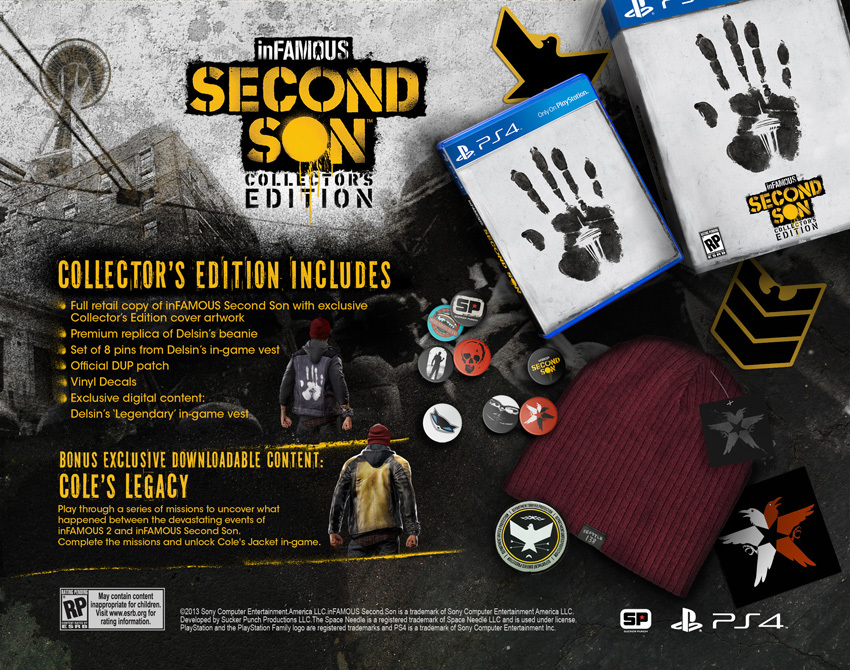 The PS4 launch is right around the corner, which means plenty of fantastic, next-gen games to check out on November 15th! But today, we’re here to update you on Infamous: Second Son. Sucker Punch Productions has devoted tremendous effort to it so far, and we’ve been working with them to reward gamers who pre-order with not only the exclusive vests we announced, but also an upgraded, limited edition that gives you a unique foil cover, as well as Cole’s Legacy DLC.

Behold! The Infamous: Second Son Limited Edition for only $59.99! Like the title says, it’s limited, so if you’re interested, don’t forget to pre-order. This item won’t be available after launch.

Don’t worry if you’ve already pre-ordered, by the way. You’ll automatically be upgraded to the Limited Edition!

But what’s this Cole’s Legacy DLC we mentioned? For one, it won’t be available for purchase when Infamous: Second Son launches. It’s only available through these offers here. It’s additional downloadable content you’ll be able to play that uncovers what happened between the devastating events of Infamous 2 and Infamous: Second Son.

Cole MacGrath’s actions in New Marias set in motion a chain of events leading to the now forceful occupation of Seattle by the oppressive Department of Unified Protection. Cole’s Legacy bridges this gap in time with a series of missions Delsin Rowe must complete that reveal unique insights into how the world of Infamous: Second Son came to be.

And for those of you looking for something to collect, look no further than the Infamous: Second Son Collector’s Edition for only $79.99.

The Limited and Collector’s Editions will be gone pretty quickly, so be sure to pre-order before the game comes out early next year. 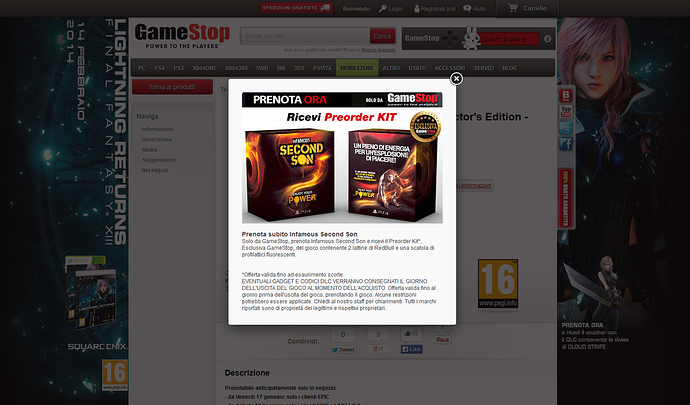 "A fill of energy for an explosion of pleasure!"