Anyone closely following the release of Pokémon Sun and Moon will have heard of the leaked and pirated copies floating around online. Players with such copies have been leaking info and game spoilers for weeks ahead of the game’s launch. As it turns out, though, Nintendo hasn’t been turning a blind eye to such shenanigans.
Pokemon device restricted
Today, those with pirated copies who had connected to Nintendo’s servers found themselves unable to go online in Sun and Moon—and then, unable to go online at all. That means that for those players, huge portions of other games like Triforce Heroes have been blocked off, they’re unable to redownload previously purchased titles, and there’s no more access to the eShop. 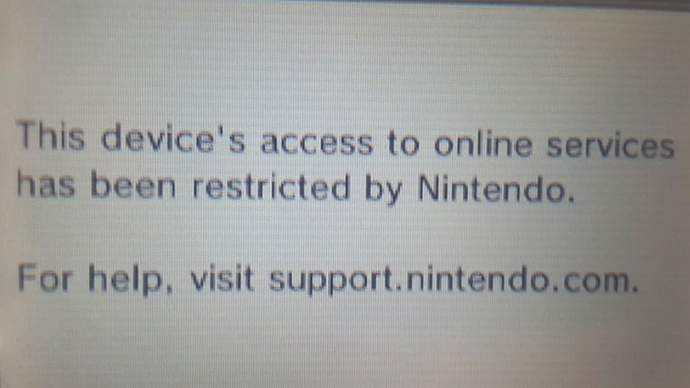 Pokemon-device-restricted.jpg1160×653 422 KB
Nintendo spoke up about the sudden bans in a statement to Kotaku.
“As a result of a number of Nintendo 3DS users using unauthorized versions of several games, and connecting to the official game servers in violation of our terms of service, these users’ Nintendo 3DS systems that stored the unauthorized game code have been banned from Nintendo’s online network effective immediately,” the statement reads.

Pokemon-salt-2.jpg1160×518 236 KB
So, tough luck, pirates, but you did pretty explicitly violate Nintendo’s terms of service. It looks like that ban isn’t lifting any time soon.
Legitimate copies of Pokémon Sun and Moon officially release on November 18th, exclusively for the 3DS.