Invaders from another world attack without warning, unleashing a new type of threat: weapons known as “machine lifeforms.” In the face of this insurmountable threat, mankind is driven from Earth and takes refuge on the Moon.

The Council of Humanity organizes a resistance of android soldiers in an effort to take back their planet. To break the deadlock, the Resistance deploys a new unit of android infantry: YoRHa .
In the forsaken wasteland below, the war between the machines and the androids rages on. 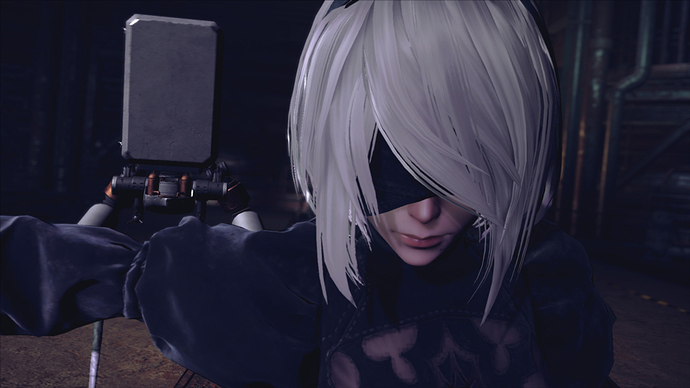 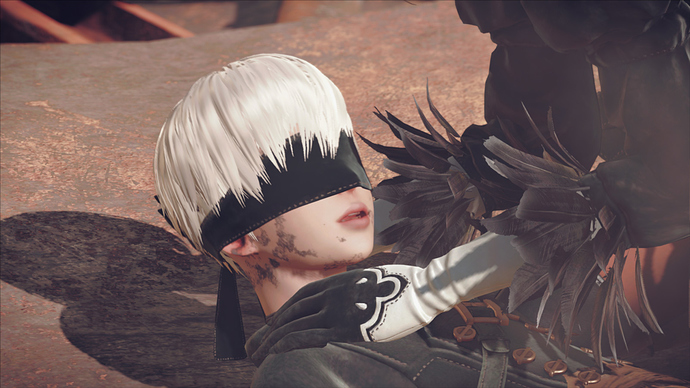 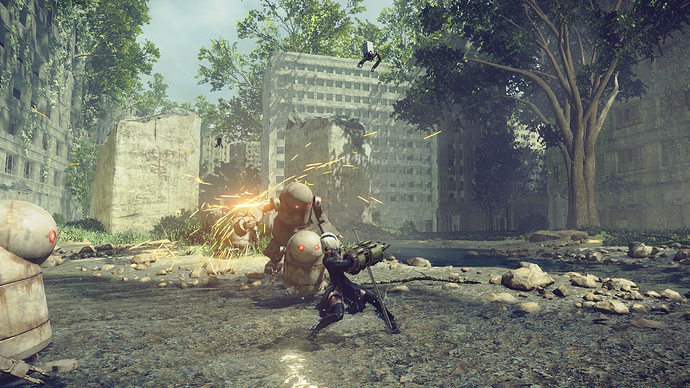 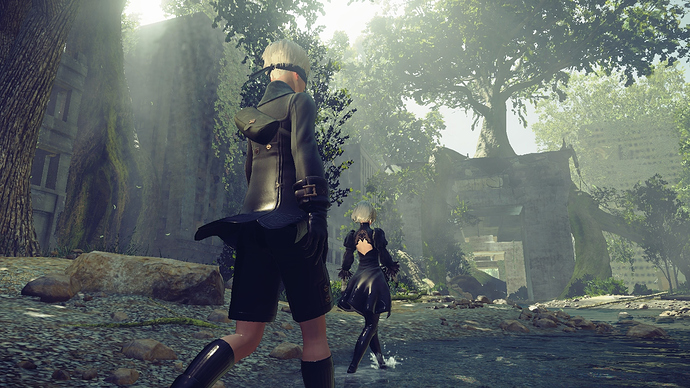 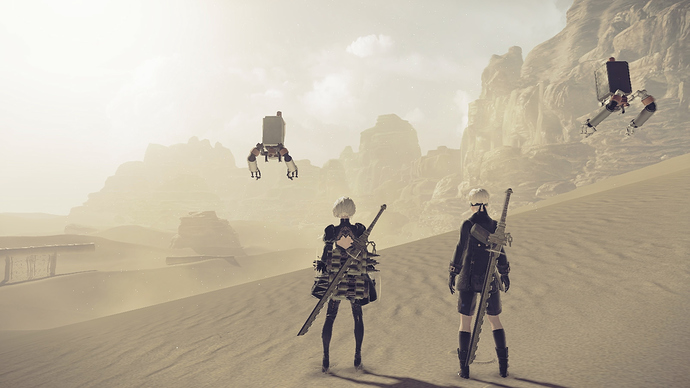 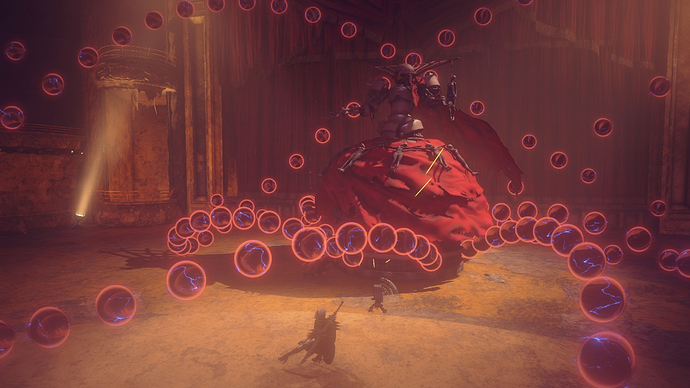 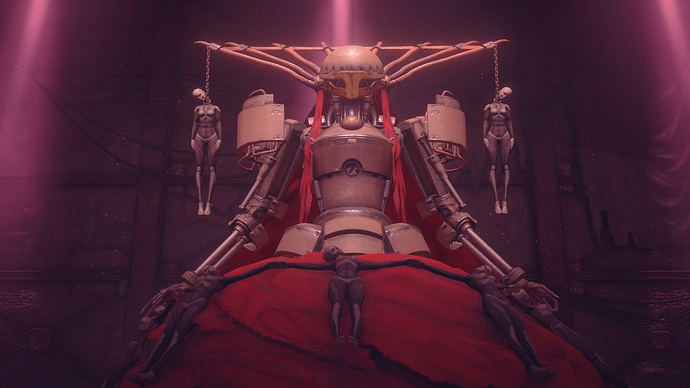 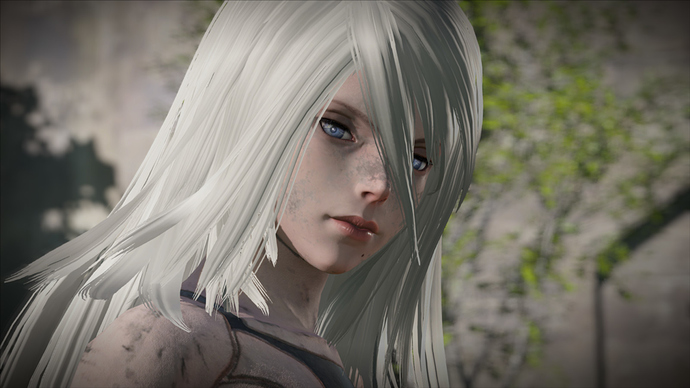 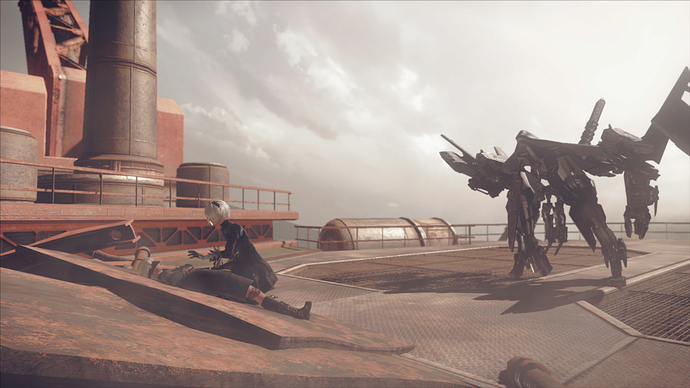 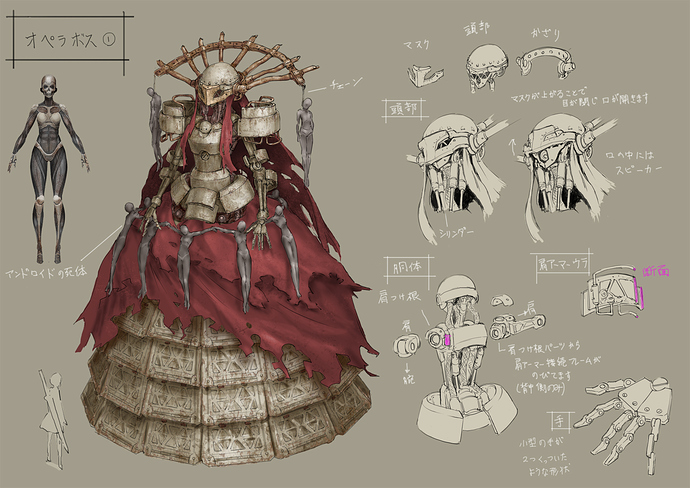 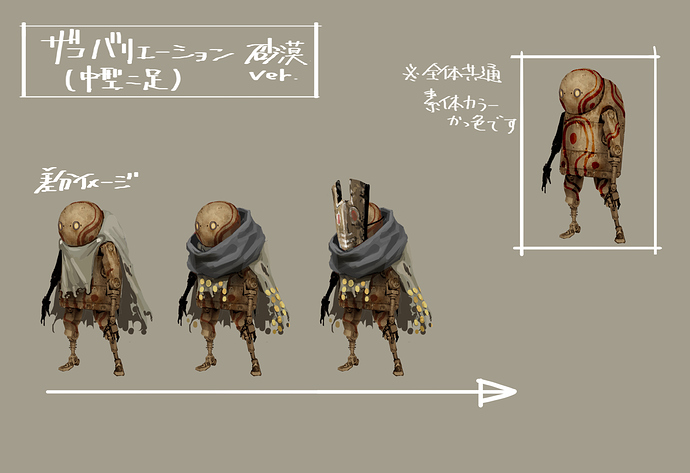 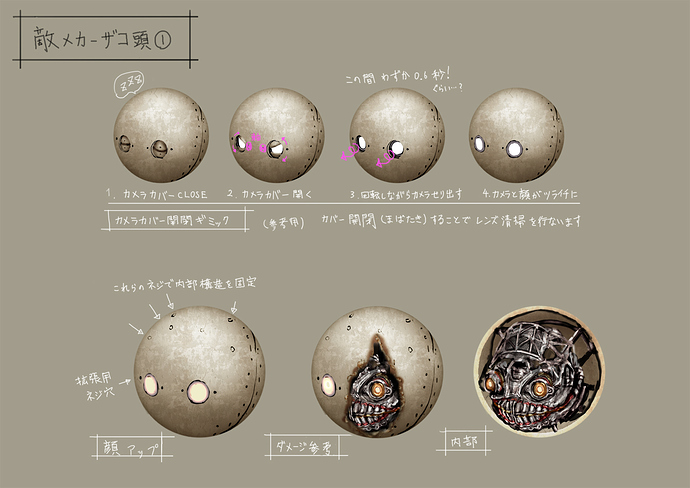 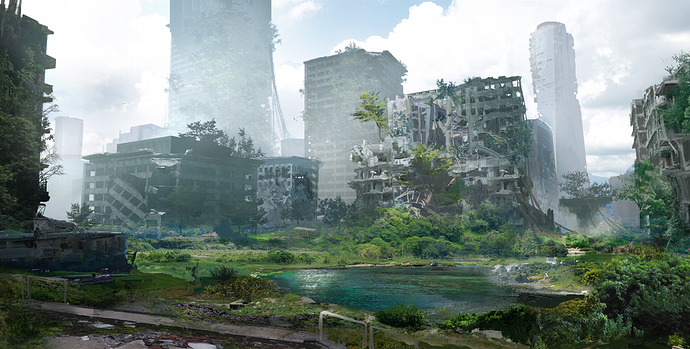 During a hands-on demo with Nier: Automata, I was immediately reminded of the aforementioned Bayonetta. Combat is fluid, and switching between attacks and weapons is smooth. Playing as the android warrior 2B, I flipped and flitted around my enemies, whipped my sword out mid-air to smack them away before following up with a ranged attack. Everything moved quickly, a dance between enemies, 2B and her AI companion 9S.

2B can jump, dash to evade hits, and execute heavy and light attacks. Attacks are mapped to the controller’s face buttons, and certain inputs will execute combo attacks. Successfully dodging an attack will give 2B access to a special, more powerful action. 2B can also switch between two sets of weapons: one with a large sword and a katana, and another with a katana and a pair of heavy metal gloves good for up-close melee combat.

Both 2B and 9S also have pods, small floating robots that float around them at all times. In the face of enemies, the pods can function like turrets, shooting balls of energy to take them down. Turrets can be left to their own devices and will automatically shoot at whatever is in the center of the screen, or players can manually control the pods and aim to shoot. All of these attack options can be changed on the fly, which comes in handy because most enemies move pretty quickly. I found myself dodge-dashing between enemy projectiles and jumping through the air to land on their heads, pounding them into the dirt with my metal fists before switching weapon sets and whipped out the katana to finish his horde of brethren closing in behind me. It felt empowering and incredibly satisfying.

The world of Nier: Automata also looks alive, and feels vast. I emerged from a tunnel into a large desert, and I could see to the horizon in both directions. Enemy machines popped out of the sand as I walked, attacking me in droves without warning. Some enemies had tougher armor that had to be stripped away through melee before I could deal any damage.

Nier director and creator Yoko Taro confirmed that Nier’s world is open, though how open it is depends on story progression.

“For the most part it is billed as an open-world and you can go into all the areas, but it is based on the storylines, so the world will expand along with the story,” he said. “So it is very similar to the previous title where it is an open-world-like map that expands as you go along the story.”

Taro also confirmed that there will be a host of other familiar RPG elements, including settlements and camps for the Resistance–the humans left behind on earth fighting machines–where 2B can purchase items and rest. These settlements are packed with somber-looking NPCs, clad in gray and quietly sitting around fires. The fishing minigame from the original Nier will also return, albeit with a few tweaks to make it more fun, Taro said. He did, however, explain how the fishing mini-game would fit into Automata’s world.