“In June 2012, McGee reiterated his intention to develop a third game, now titled Alice in Otherland. McGee revealed that the game would be released episodically, and stated that it “would allow Alice to go into the minds of all these characters she encounters, and it opens up the possibility where you could play as Alice and you can enter into a player’s mind, change the landscape, and then basically psychologically adjust the character in doing so. Imagine an MMO where the missions aren’t locations, but they’re people.” However, he said that the game was unlikely to be produced soon due to a lack of interest from Electronic Arts.”

“On March 14, 2013, McGee stated on his Facebook page that during GDC he would have the opportunity to discuss a third Alice game with EA. He did not state whether or not this would follow the desired plot of Alice in Otherland, but stated that the funding for the project would most possibly be done through Kickstarter (probably reusing these ideas due to the success of the Akaneiro fund). With enough interest from fans, American said he would definitely be able to discuss it with EA. His status reached over one thousand likes within the day, even though American only has three thousand followers.”

“On April 8, McGee posted an image to his Facebook which immediately brought fan attention, stating that he knew it would probably make some fans “heads explode”. The piece was said to be a possible concept for “Alice: Otherlands”, which was a title he had not yet used to refer to the beta title “Alice in Otherland”. The piece received around one thousand likes and two hundred shares, while also being reposted to several different pages and social networks.” 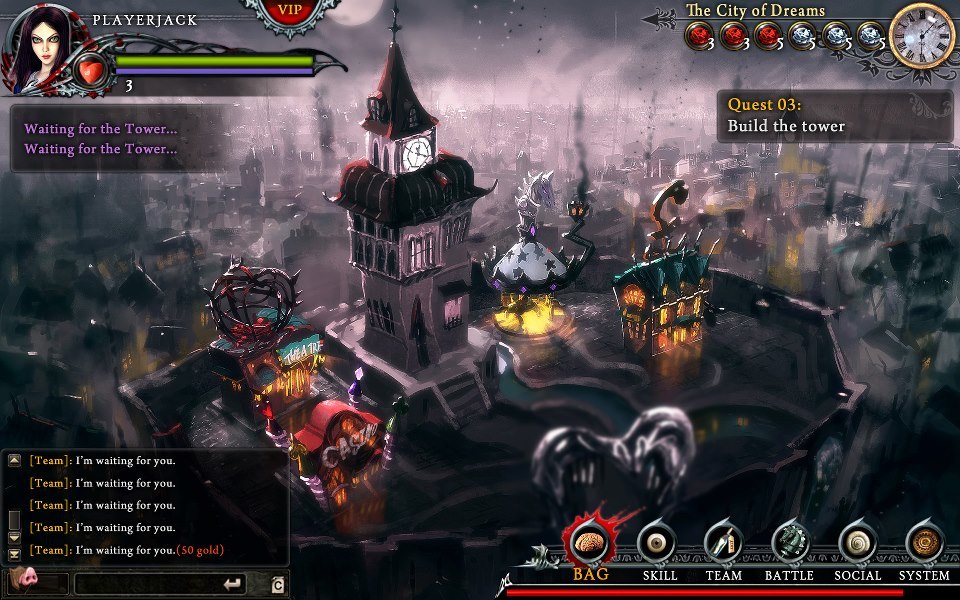