_Kingdom Hearts 3 _will launch on Xbox One worldwide, Square Enix announced today during a presentation.
John Pleasants, CEO and co-founder of Disney Interactive, took to the stage to say the game would be “the most action-packed” Kingdom Hearts game yet. The game will feature a mature Sora on new adventures with Mickey, Donald and Goofy. He will travel to all-new Disney-themed worlds previously unseen in the Kingdom Hearts franchise.

The announcement was made during a presentation today held to share new information on the Final Fantasy franchise, of which the Kingdom Hearts series is considered a part. The series has been developed as a collaboration with Disney Interactive.

Producer Shinji Hashimoto revealed the game is currently in development with the team behind PlayStation Portable title Kingdom Hearts: Birth by Sleep and upcoming compilation _Kingdom Hearts HD 1.5 Remix. _He added that in order to reach the most fans, Square Enix has to flexible regarding which platforms their games will launch on. 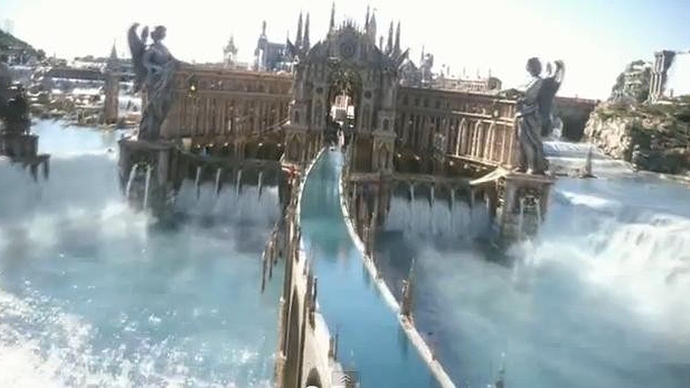 Final Fantasy 15 coming to Xbox One

_Final Fantasy 15 _will launch worldwide on Xbox One as well as on PlayStation 4, Square Enix announced today during a presentation on the Final Fantasy franchise.
Final Fantasy 15 is the rebranding of _Final Fantasy Versus 13, _ which was announced at E3 2006.
"It was a huge amount of joy that we were finally able to announce Final Fantasy 15," said producer Shinji Hashimoto.
_ When asked why the company decided to publish for the Xbox One, he added that in order to reach the most fans, Square Enix has to flexible regarding which platforms their games will launch on.
[I]Final Fantasy 15 _is being developed with DirectX 11, which Hashimoto said made it possible to port the title to different hardware. This has made it possible for the company to launch the game on Xbox One as well, he said.