Google has just released the developer preview images of Android L for the Nexus 5 and Nexus 7 (2013), triggering a reaction from many clueless Android lovers on how they could install it on their device.

Since these preview images are essentially factory images, you need to flash them using ADB/Fastboot. Follow the steps below to find out how.

Since this is a developer preview, users are bound to run into some stability issues and bugs occasionally. This is strictly for developers to test and build apps in advance for Android L and is not meant to be used as a daily driver.

Flashing a factory image also require users to unlock the bootloader of their device, which in turn wipes its internal memory clean of all data. So, make sure to create a backup before you proceed to the steps below.

Step 1: Download all the files linked below and extract their contents inside a new folder called “android” on your desktop.

Nexus 5 Android L image
Nexus 7 (2013) (Wi-Fi only) Android L image
Fastboot/ADB files for Windows, Mac
USB Drivers for Windows
Step 2: Open up a new Terminal or Command Prompt window and use the ‘cd’ command to navigate to the “android” folder created in previous step on your desktop.

Eg code below in case you are not well versed with the ‘cd’ command:

Step 3: Switch off your Nexus 5 and Nexus 7 and reboot them into bootloader mode using the key combination mentioned below

If you are using a Mac, then you need to prefix a “./” before every Fastboot command. So, the above command will look something like this on a Mac -:

The above command should confirm if your device is indeed being detected by your PC or not. If it is, then proceed to the steps below. If not, repeat the above steps again. Make sure to check that you have properly installed the drivers and are inside the correct folder.

Step 5: Unlock the bootloader of your Nexus device by executing the below command.

Make sure to confirm the selection on your Nexus 5 or 7 by pressing the Volume up button. Once the bootloader has been unlocked, proceed to the next step.

Step 5: If you are running Windows, copy-paste the following command in the Terminal/command prompt window -:

On a Mac, copy-paste the following command -:

The script will then automatically flash the full factory image on your Nexus device after which it will automatically reboot. Keep in mind that the first boot is going to take an extremely long time, so be patient and don’t start panicking, thinking you have bricked the device.

If the flash-all.sh script gives you a fastboot not found error on your Mac, open up the file in Text Edit and add a “./” before every fastboot command.

If you want to flash back to Android 4.4 KitKat, follow this guide.

Sent from my iPhone using Tapatalk

Apps That Do Not Work with Android "L" Preview

This Thread is intended for People you have installed Android "L" Preview and have not tried to do any sort of customizing to it. Also for the people who are coming from a clean wipe. With the other thread getting to ridiculous lengths already... 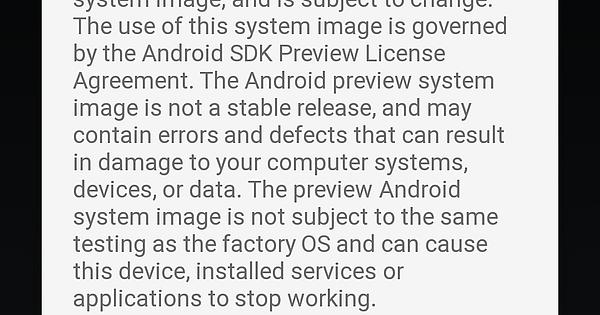