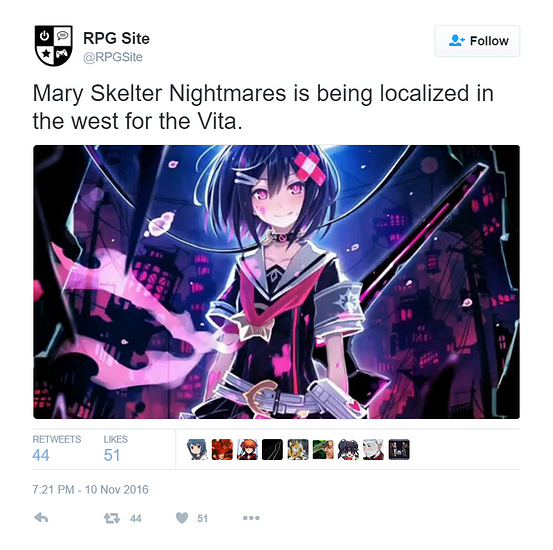 The blood-themed dungeon RPG is set within a “living prison” called Jail, from which players will escape 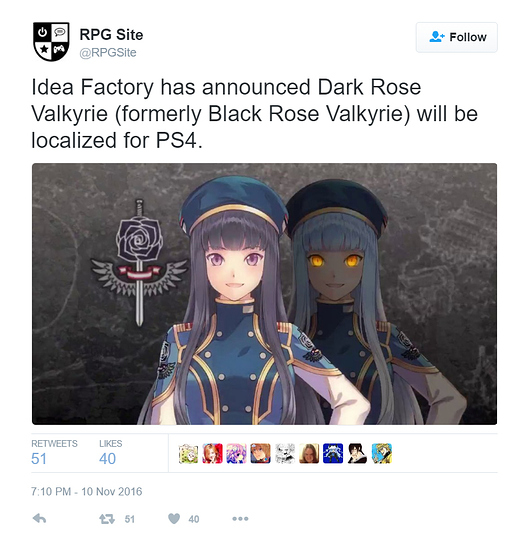 Here is an overview of the game:

This spring 2017, defend humanity from the Chimera Virus as the new leader of Japan’s covert military agency (ACID) in Dark Rose Valkyrie! Featuring work from “Tales of” scenario writer Takumi Miyajima and “Tales of” character designer Kosuke Fujishima, this real-time combat, action-packed RPG will have you battling enemies that change in form and strength as darkness sets. But that’s not all, a traitor is in your midst! Use a visual-novel interview system to find them out and strengthen the Valkyrie Force and save the world!

Take the fight into Overdrive! Characters can transform into their stronger split personalities mid-battle, but be strategic – too many transformations will lead to Fatigue!
Customize Combos! Customize attacks for each character, and do more damage with Riot Combos!

The PC release will include both English and Japanese text.

Here is an overview of the game, which is currently available for PlayStation 4:

Long ago, a war was waged between the Vile God and the Goddess.

The battle was fierce; the two were equally matched. Finally, both sides unleashed special weapons that contained fairies imbued with their power. Using this power, each god sealed away the other within another world. And so, time passed… The weapons that the Goddess and the Vile God left were called Furies, and the warriors who used them were called Fencers. Rumors arose that the Furies were so powerful, whoever collected them all would be granted one wish. As a result, Fencers fought each other endlessly to obtain them.

By chance, a young man named Fang happened to unwittingly become a Fencer, and saved a girl named Tiara. And she, too, was a Fencer. From that day forward, Fang found himself an important part of the battle between the Goddess and the Vile God.

Three Stories, Three Paths! In the three stories to play – the Goddess story, the Vile God story, and the Evil Goddess story – friends become foes, foes become friends, and, based on your choices, multiple endings can be unlocked!
Three Ways to Fight and Fairize! Play in Easy, Normal, or Hard mode and switch the difficulty up whenever you want to balance the game to your playstyle!
Three’s a Crowd, Six is a Party! With up to six party members on the battlefield at a time, you can play as all your favorite Fencers!
Shape the World Around You! Customize weapons by fusing them with fairies and change dungeons stats through world-shaping. Even power up Fencers through the fairies’ power to transform, or fairize, during battle and change your world! 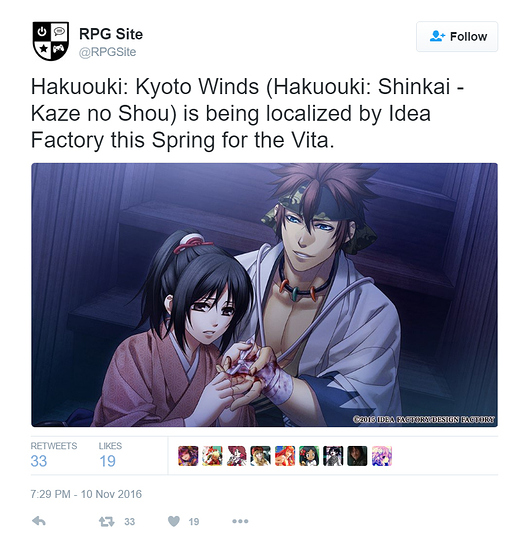