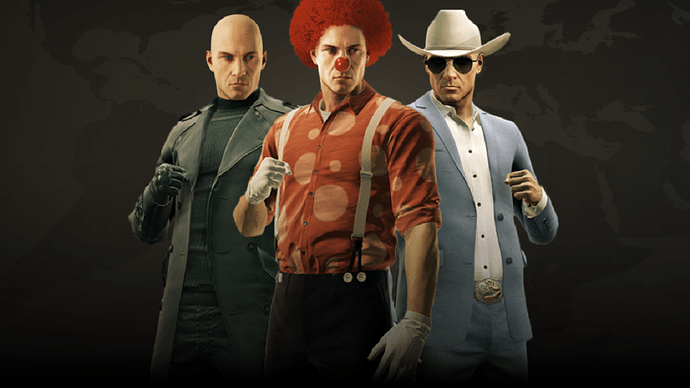 A redesigned UI with a new colour scheme and visual style
A fresh new look across the board and re-organised menus to make it easier to find what you’re looking for.

New Contracts Mode features
‘Trending’ helps you find the most popular contracts, making sure you can easily find a new challenge. We’re also adding 10 ‘Conditions’ that will add huge depth to Contracts Mode, such as restricting disguise changes or requiring players to use a specific exit. Anyone who creates a contract will be able to toggle these conditions to set a more defined challenge for their contract.

Commemorative Elusive Target Unlock
If you played any of the Elusive Targets we released during Season One, we’re giving you an in-game coin to commemorate your progress and thank you for your support.

Xbox One X Enhancements
A whole host of enhancements are on the way for Xbox One X owners, including options for native 4K and a higher framerate. Specific details to come in a Xbox-specific blog post.

Various fixes and improvements
Full release notes will be published closer to 7 November. That should be enough time to start thinking about your default loadout for each location…

Elusive Target Re-activation
Starting in November, we will re-activate Elusive Targets. If you missed any Elusive Targets the first time around, or if you are new to Hitman, this is your chance to experience these intense time-limited targets. All of the suit unlocks are back in play for both new and existing players to complete their collection. If you’ve already completed or failed an Elusive Target, you won’t be able to play that specific contract again; your record for that contract will stand and cannot be altered. Re-activated ET’s will still be time-limited and the first one will be re-activated shortly after the release of our Game of the Year Edition on November 7th.