At TGS this week, we’re showing off a new build of Happy Wars for Xbox One, the hit free-to-play online multiplayer action game created by Tokyo-based indie developer Toylogic, Inc. More than 8 million players have downloaded Happy Wars on Xbox 360, and we’re excited to bring the same gameplay fans love to the new Xbox One version later this year, along with some cool new updates.

Happy Wars for Xbox One takes advantage of the next generation console’s power to enhance the graphic fidelity and introduces a new split-screen feature that allows four players to battle together on a single console. One important update is that, unfortunately, cross-platform functionality will no longer be a supported feature for the game, as previously announced. While it was a tough decision, the studio team re-prioritized engineering efforts to deliver the best possible Happy Wars experience on Xbox One – and we think fans will be very happy with the end result.

Happy Wars for Xbox One will feature a story-driven campaign mode and action-packed multiplayer battles for up to 30 players. Enter the fray as one of the six player character classes – Warrior, Mage, Cleric, Berserker, Zephyr, or Engineer, each with different tactical strengths. Work together as a team to take down your enemies and conquer their castle.

Happy Wars is a free-to-play title, but there are various items you can purchase using in-game currency called Happy Tickets, including accessories and equipment for your characters. Additionally, with Xbox Live, it’s easy to bring your existing Xbox 360 progress over to your Xbox One.

Happy Wars will launch later this year as a digital download through the Xbox One Marketplace. Xbox Live members can enjoy the single player mode without an Xbox Live Gold membership. However, to experience the Happy Wars Xbox One multiplayer features an Xbox Live Gold membership is required. Just like the 360 version of Happy Wars, we’ll be updating the Xbox One version and providing lots of new events and items even after launch.

We’ll see you on the battlefield later this year! 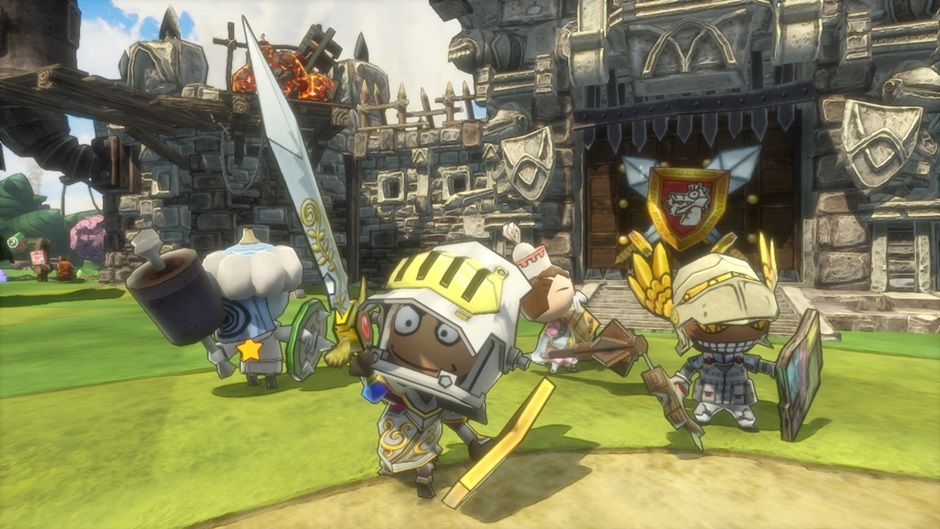