Frostbite 3 focus on being a better toolset, not just prettier graphics 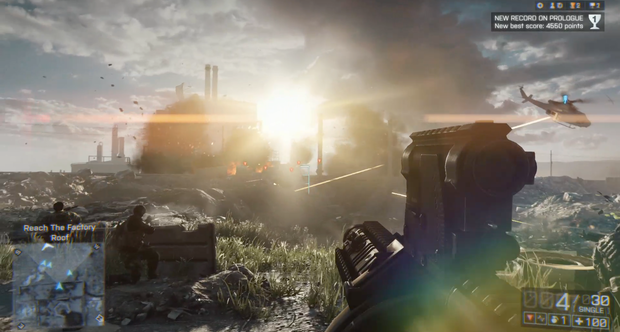 “So the Frostbite 3 engine is…of course it has the latest and greatest when it comes to how you create good looking graphics (as you can see in the demo),” executive producer Patrick Bach said. “But it’s also about creating a better toolset for the developers, so we can stop talking about how to build stuff, and focus more on what we want to build.”

According to Bach, the big takeaway from developing Frostbite 2 was that “we need better tools.” With numerous EA studios working on new games using Frostbite–including the next Dragon Age from BioWare, for example–DICE was tasked with creating a better engine. They needed to “take a big step forward,” he told AusGamers. “We have to rethink the way we build games, and rethink the focus on everything we build.”

Oddly, although Frostbite 3 was designed with other developers in mind, there are no plans to release the engine for fans to tinker with–unlike CryEngine and Unreal Engine. Bach explains that “just because other people can use the Frostbite engine, doesn’t mean that it’s a neat package that anyone can just download, and start an executable, and then you’re on your way.”

“I’m not saying that people wouldn’t pick that up,” Bach added. “But it would be a very limited crowd that would be able to use this. Of course you could spend more time on doing that, instead of building a better game, and to us, that is way more important.”