Five days of exclusive access to Rise of the Tomb Raider A flare fizzes to life and illuminates dripping icicles that line the cave like drool-covered teeth. Its holder is not the human-shaped bruise we last saw staggering from Yamatai, but a glimpse of the raider she once was: the bright-eyed explorer with money to burn, who travels to the world’s most dangerous corners in maximum comfort. Bloodied rags are swapped for expensive climbing gear and two shiny ice axes promise swift ascent up the glistening walls. A wise investment, after her last model was dulled by all the skulls she thunked it into. Lara Croft looks ready for anything.

She even has company. Fellow island survivor Jonah beckons from above with the promise of an amazing view. And he’s right: sun rays bathe a glorious mountain range, far removed from the shipwreck graveyard that served as Tomb Raider’s grim welcome mat. For a second, Lara looks to be getting a well-deserved vacation. Then along comes a sadistic holiday rep, Crystal Dynamics, to say otherwise. In an intensely filmic sequence, cutting between direct control and cinematics, Lara comes under attack from leg-hugging snow, tumbling ice shards, collapsing cliffs, a surprise storm and, for a grand finale, a full-blown avalanche.

It’s the kind of out-of-the-frying-pan chain of events that so dazzled in the 2013 reboot. Bad things didn’t come in threes; they came in waves until they triggered a gruesome death animation. The game’s slogan, ‘A survivor is born’, was spot-on, but it left an odd premise to take forwards: isn’t it enough to survive? Where does a survivor go next? As Lara pulls herself from the snow, alone and stripped of her advantage, Crystal Dynamics begins to lay out its plans for the arrival of a new kind of hero: Rise of the Tomb Raider…

To understand what drives Lara to the Siberian wasteland, you have to first understand what drives Crystal Dynamics. Staff namedrop great explorers – Jacques Cousteau, Edmund Hillary, Neil Armstrong – and talk of man’s desire to be first or go further. These aren’t the Saturday matinee larks of Indiana Jones. You can’t ride a magic red line round the globe and expect to make history. Lara is driven by something grander, something studio staff summarise with fellow pioneer Amelia Earhart’s bullish creedo: “Never do things others can do and will do if there are things others cannot do or will not do.” 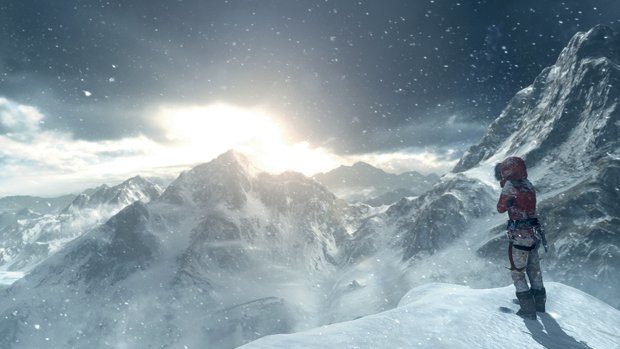 Of course, Lara has already done things others should never have to do. She has killed, seen friends die and witnessed evidence of supernatural power. For us, Tomb Raider’s descent into magic weather control jarred with its grounded survival thrust, but maybe this was deliberate. “At the beginning of the last game she’s going to find lost civilisation and artefacts and bring them back to a museum – and that makes sense to someone fresh out of university,” explains creative director Noah Hughes. “But when she glimpses what she does at the end of the story, it really does change her world.” In foiling an ancient queen’s body-transference ritual, Lara discovers proof of immortality.

“It’s a possibility that the myths she thought were just stories that gestured at these ancient cultures might actually be indications of truth about humanity that have been lost to the ages,” says Hughes. “And validating this myth almost becomes an obsession. If it is, what does that mean? But she also goes into it with a sense of idealistic nobility, that she can make a difference. And that’s very different to being an archaeologist, so we see her at the beginning of this story starting to recognise that uncovering these secrets is what drives her on some level.” Alas, the world is not necessarily in-step, with the events on Yamatai covered up by a shady organisation, Trinity (hinted at in the first game for those who diligently collected all the GPS caches), and Lara’s own account discredited. 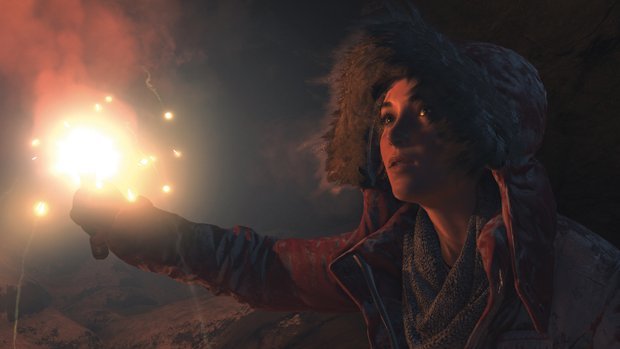 Undeterred, she sets her sights on a fabled tomb said to house the soul of an immortality-granting prophet. Which explains why she’s on her way to Siberia. Specifically the Lost City of Kitezh, a sort of 13th-Century Russian Atlantis that Crystal Dynamics plucks from the history books and embellishes for its own purposes. Bad news: Trinity has booked a ticket, too. Darrell Gallagher, head of studios and, Lara aside, a lone Brit at Crystal Dynamics, sees a hero with a far greater sense of purpose. “She went into that first game not really knowing who she was or knowing her capabilities because she was so new to this,” he says.

“Thrust into a journey of survival, she realised she had an inner strength that she never imagined she had. Where she once thought she was going to go and find old archaeological digs, there’s much more to it now that she’s a tomb raider – developing into that character was much broader than she imagined. It’s fulfilling her destiny.” Croft has come a long way since those early days, where her evolution was defined by polygon counts rather than psychology.

t’s certainly difficult to see this Lara lounging on the front of lads’ mags. And that’s a good thing. But as important as storytelling is to Crystal Dynamics – it has again enlisted the talents of writer Rhianna Pratchett and invested in full body and facial capture technology – we’re interested in how Lara’s new situation impacts her as an actual adventurer. As Hughes describes it, Lara’s Bear Grylls act is now less of a necessity than an enabling tool. “Her understanding of myths and her intellectual brilliance allow her to decipher these ancient mysteries, but her survival skills are what allow her to penetrate these harsh and hostile landscapes.”

On this last point, Hughes delivers a delicious hook: “the secrets of our world are hidden in the darkest places”. Returning Lara to her traditional stomping ground is welcome after the largely tomb-free reboot – self-contained box-pushing rooms do not a tomb make – but might it undermine that work’s attempts to define itself on its own terms? “It’s important for us to continue the arc we started with Tomb Raider 2013,” says Gallagher. “We are folding in tombs and putting an emphasis on those – which is not necessarily going back to 1996, as it’s absolutely cast through the modern lens.” What this means is taking the survival action of the earlier game, and pushing it harder and further…

Has this whet your appetite for exploration? Return tomorrow for part 2… 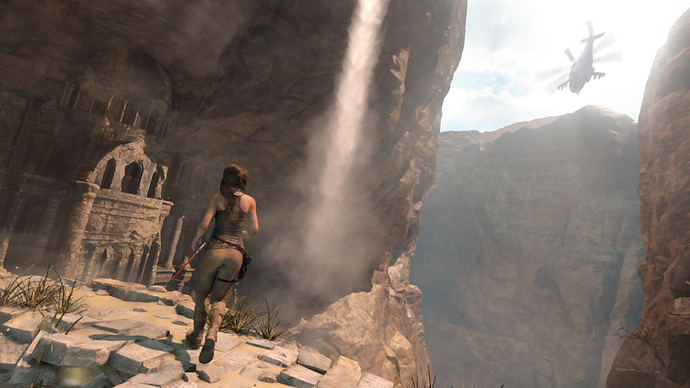 Five days of exclusive access to Rise of the Tomb Raider: Day five

Pa to i nije tako lose