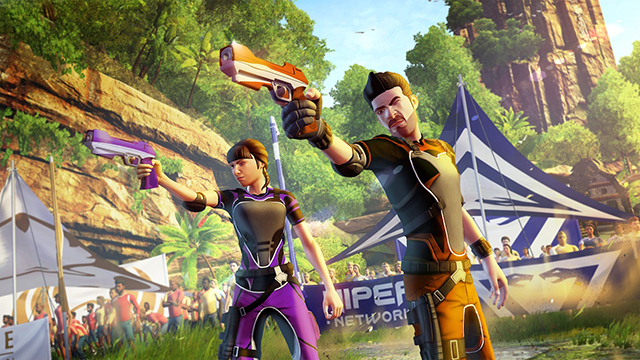 One of my biggest surprises during the launch of the new consoles wasn’t a particular game, but the absence of one. Microsoft didn’t release a wholly Kinect-oriented first-party game to show the potential of what the motion-control device could do for gaming. Well, six months after launch, Microsoft’s finally ready to rectify that glaring omission with Kinect Sports Rivals.

Rivals is developer Rare’s chance to help Microsoft grab that casual market early in this new generation—and prove why the new Kinect is worth an extra $100 for the Xbox One. Unfortunately, that’s a lot of pressure to put on a single title, and after playing Rivals for a dozen hours–far longer than most any sane person should–I can say that Rivals may hurt the case for Kinect a lot more than it helps it.

Kinect Sports Rivals follows the same formula as seen in the first two games of the series, with six different sports you can choose from: Soccer, Bowling, Tennis, Target Shooting, Climbing, and Wake Racing. These sports are all tied together this time, however, by a story that sees you, as the newest athlete, come to Rivals Island, where three warring factions vie for control of this tropical paradise through the art of competition. As you play through the missions, which really just serve as extremely long introductions to the games, you learn the personalities of the island’s inhabitants and finally get to choose to join one of them. After unlocking the sports in Story mode, you can then play them whenever you want. 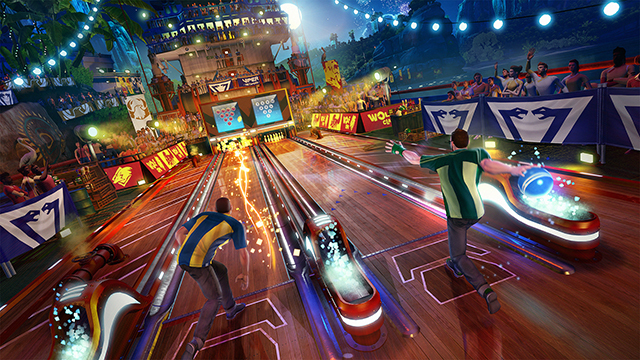 Kinect Sports Rivals actually started off on a high note that made me extremely hopeful. Not only was it a joy to hear David Tennant providing the narration (shoutout to all the Whovians out there), but Rare’s facial-recognition tech is definitely a boon for the Kinect. I was pleasantly surprised to see how well my digital face turned out after scanning it into the system, especially when I had some less than spectacular results when I tried it at Gamescom last August. Unfortunately, the entire experience was nothing but downhill after this.

It’s a nice idea to try to motivate players through a loose story to play the different activities, but when compared to the Kinect Sports releases that came before it, Rivals is the most poorly executed of the bunch. Problems that were frequent with the first generation of Kinect rear their head again here far too often. Many times, I’d have to turn on every light in my apartment for the sensor to recognize me, and even giving the camera a decent six-foot berth, it often would say it lost sight of me while playing several of the games. At one point, it even said that it couldn’t see my legs, probably because I was wearing dark jeans, even though I’d never left my initial position from when I started.

My fashion faux pas aside, I quickly grew frustrated as I realized that even with all the touted advancements in the new Kinect, the same issues just kept cropping up. Even trying to navigate the menus by swiping my hands was a nightmare, and I ended up just using my controller to select where I wanted to go on Rivals Island instead. 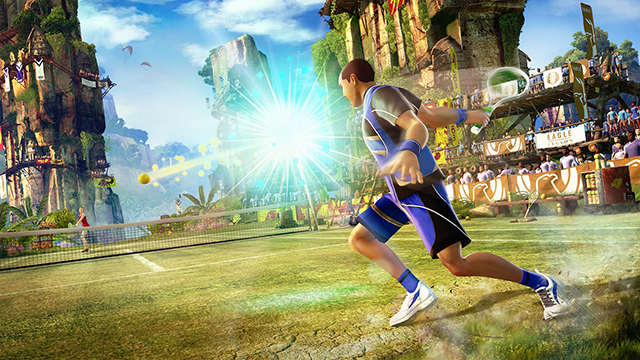 The games themselves are also either dumbed-down versions of things we’ve already played, or so simple that you wonder why you’d even need to bother with a Kinect. Target Shooting is just pointing at the screen, Bowling is the same as before, Climbing breaks half the time because every time you reach over your head the Kinect sensor goes bonkers, Wake Racing feels like a test to see how long you can hold the same pose, Tennis is just swinging your arm around, and Soccer never picks up your leg motions correctly.

A couple of new features do work, at least. The focus on challenging your friends and trying to beat their scores and times provides a hint of replayability for über-competitive gamers. The addition of power-ups, like bowling balls with superspeed or double scoring in target shooting, also gives many of the sports an extra semblance of strategy (when you can get everything to work).

As a whole, however, Kinect Sports Rivals falls far short of its lofty ambitions. It’s not fun, and it only furthers the argument that the Kinect is completely unnecessary–and unwanted. Now I know why Microsoft didn’t launch with a Kinect-oriented game. I just hope that they decide to abandon any future projects revolving around the peripheral. Maybe they’ll let Rare go back to making good games again. 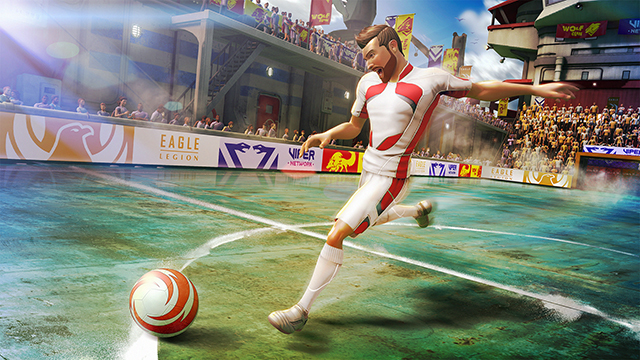 4.0 Instead of making a case as to why you need a Kinect, Kinect Sports Rivals shows that the peripheral—and most games revolving around it—still have a long way to come.
The Good The facial-recognition tech; David Tennant’s narration.
The Bad Familiar tracking and space issues shine a light of doubt on how far the new Kinect has supposedly come.
The Ugly Remembering when Rare made good games like GoldenEye and Donkey Kong Country—I miss those days.
http://www.egmnow.com/articles/reviews/egm-review-kinect-sports-rivals/