EA and FIFA renew deal through 2022 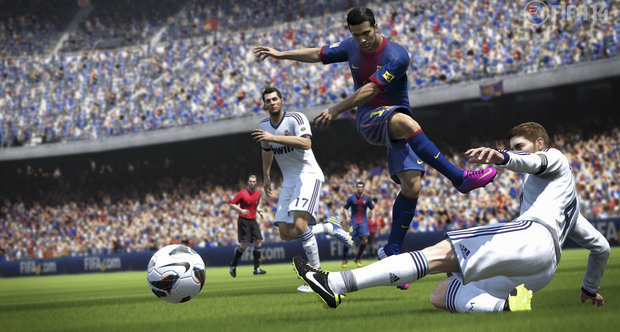 Electronic Arts will continue making soccer games for the foreseeable future. The company announced today that it has extended its exclusive licensing agreement with FIFA through 2022. Under the agreement, EA Sports has exclusive rights to FIFA-branded action and management video games and the FIFA World Cup game, and remains a presenting partner of the FIFA Interactive World Cup.

FIFA has been particularly lucrative and for EA in recent years, as the brand has grown steadily. Its most recent release, FIFA Soccer 13, sold a whopping 7.4 million copies within its first month, and 4.5 million of those were in its first five days. EA called it “the biggest sports launch of all-time.”

“EA SPORTS released the first FIFA-branded soccer game in 1993, and 20 years later our partnership with FIFA continues to be very strong,” said EA Sports executive VP Andrew Wilson, in the announcement. “Our franchise has become the benchmark for quality and innovation in the sports videogame genre, and we look forward to many more years of connecting with consumers around the world with our games carrying the prestigious FIFA name.”