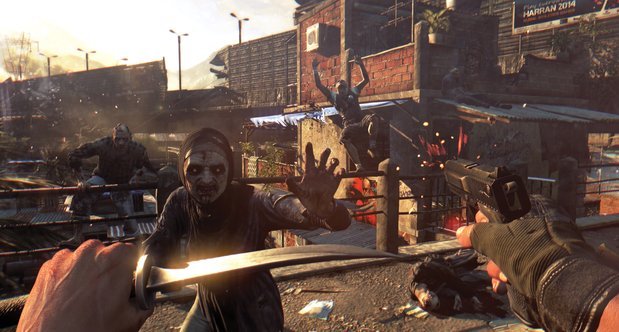 Techland has previously showed off Dying Light’s parkour moves, lighting engine, and overall narrative. So when the developer took the stage at EGX Rezzed, the objective was to talk about the game’s open world and how it would aim for a truly open experience by removing all invisible barriers.

“When we started working on Dying Light, we sat down and we started discussing what we would like to see in a next-gen open-world game,” said designer Maciej Binkowski. “And one of the most recurring topics was freedom of movement. A lot of people would say, ‘You know what? I want to get over that freaking fence! I want to be able to jump over a wall, I want to get on this building, see what’s on top, I want to play the game my way.’ And so we set ourselves a number of goals. Everything that looks like you can climb it, you can. No invisble walls. In Dying Light, the whole world is your playground.”

Binkowski went on to show a small piece of the world map, which looks fairly expansive in itself. On top of that, he added that Dying Light’s world would be open vertically, showing multiple-story buildings among other high-rise structures. A short demo showed how this idea will be applied, showing a character attempting to get across a path only to bump into a zombie, requiring him to double-back and jump through a nearby window and escape to a rooftop. 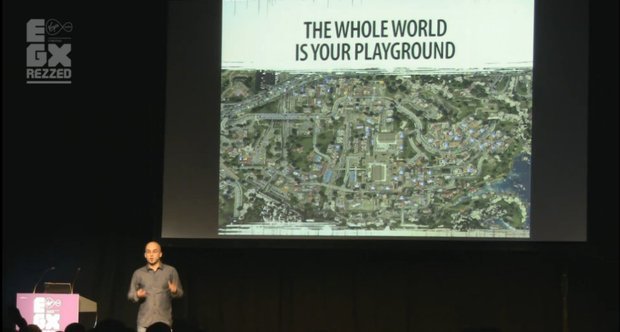 Binkowski went on to detail how Dying Light’s open world would pave the way for emergent gameplay and on-the-fly decision-making, revealing some of the game’s unscripted events. In one instance, a horde of zombies was advancing towards the player until a rustling in the distance got the horde’s attention. The player then whacked the gas tank on the back of a hazmat zombie, leading to an explosion that took out the entire pack.

“Since we’re not restricting you to paths, we don’t force you, you just get yourself into situations that aren’t scripted,” Binkowski explained. “They just happen.”