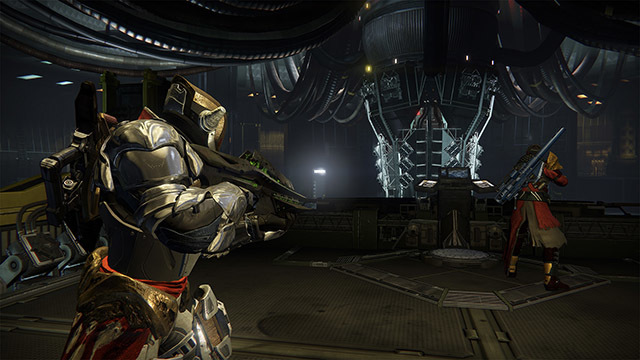 Hot on the heels of The Last Below’s launch last week, Destiny’s latest update addresses a few issues carried along with the shared-world shooter’s first expansion.

The update, which goes live today, will remedy an issue causing certain weapon projectiles to improperly pierce Hive shields, rolled back changes from the Exotic weapon update, and ups the level of existing and future Raid gear earned from Cota’s End to a Level 30 baseline with an upgrade path to Level 30. A Raid helmet dropped in Crota End on Normal mode will do so more frequently on Hard, and prevents Dead Orbit Hunter cloaks from awarding reputation for both Dead Orbit and Vanguard/Crucible.

The Dark Below, Destiny’s first expansion, is out now. And while it doesn’t really address any of the lingering criticisms on Bungie’s post-Halo project (an unengaging world populated by unengaging characters, little to do but grind the same missions and Strikes ad nauseam), it does up the Light Level to 32 and add a few more things to do for activity-starved players, including three new Crucible maps.

A second expansion, House of Wolves, is slated to launch sometime next year. A proper sequel to Destiny is known to be in active development.