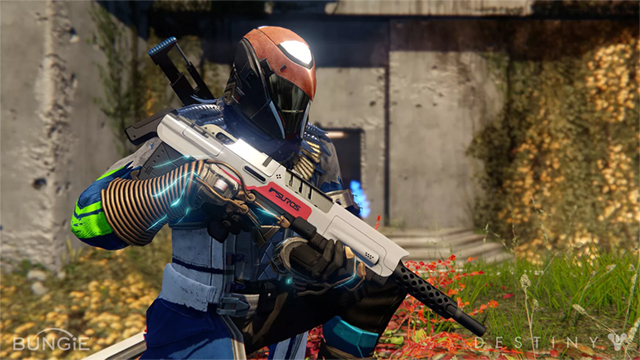 Bungie has confirmed that the Suros Arsenal Pack as a free bonus for any player who pre-orders Destiny‘s The Taken King DLC.

The bonus will be available the day the full expansion goes live and can be attained by pre-ordering either the digital or physical copies of the game. This includes both the 40$ and 60$ editions of the game. If a player has already pre-ordered a version of this game, they’re automatically qualified to receive this bonus.

The DLC pack includes one new shader and one new emblem as its customizations bonuses. The new weapons included are the SUROS PRR-11 Auto Rifle, the SUROS BNS-13 Pulse Rifle, and the SUROS WSC-17 Scout Rifle. No word has been given on how rare or powerful these items will be. The pack is not exclusive to any retailer and is even available to players outside the United States.

This offer is only a timed exclusive, and the weapons will be available to earn through gameplay by the remainder of players starting January 1st, 2016.

Destiny‘s The Taken King expansion launches on Xbox One, PlayStation 4, Xbox 360, and PlayStation 3 on September 15, 2015.