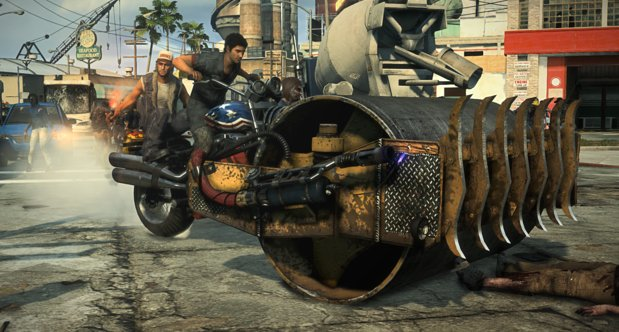 “With all of the fixes and everything, it’s a large update of about 13 gigs,” executive producer Josh Bridge told Xbox Wire, “but we really recommend getting it to ensure compatibility with the online players and all of the upcoming add-on content that’s coming out shortly as well.”

The title update will feature a number of stability and performance improvements for both single-player and co-op. It also includes various other bug fixes, as well as a new impulse trigger feature that will notify players when they’re running low on ammo.

Bridge also adds that Operation Broken Eagle’s story-based mission will be single-player only, as will the missions for all subsequent DLC. “We chose to do that so we could really drill down on a single-player experience and really tell that character’s story,” he said. “We see and know that everyone really loves co-op, which is why all of those weapons and vehicles and stuff you get in the episode can be brought into the main game for co-op as well.”

The Operation Broken Eagle DLC is set to arrive tomorrow for $9.99, which will include the new single-player mission, five new weapons, one new combo weapon, one new vehicle, and a new outfit. You can also get this DLC as part of the game’s Season Pass. If you want to pick it up on day one, you’re advised to start downloading that title update now.