Bethesda to host its first ever E3 press conference this year 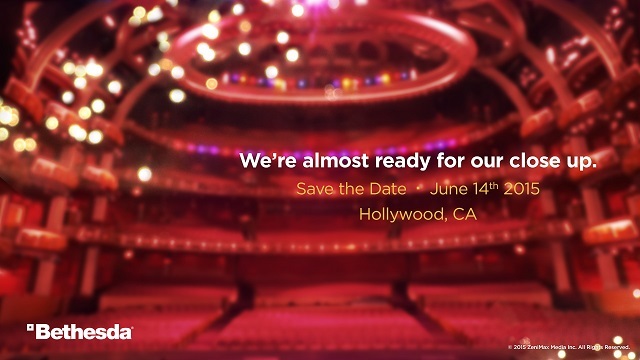 Bethesda has announced that it will be holding a press conference at E3 for the first time ever later this year.

The event is set to take place on June 14, 2015 and will be livestreamed via the publisher’s Twitch.TV channel. Bethesda is also offering a few lucky fans the chance to win tickets to the event, but will share details about this in the coming months.

Now we can guess that Doom, BattleCry, and The Elder Scrolls Online will play a big part in this conference, but that’s an awful lot of time for three games to fill, so what else is there? Well two major franchises spring to mind: The Elder Scrolls and Fallout. Now rumors of Fallout 4 have been circulating for well over a year, so could this finally be the time for Bethesda to let the vault boy out of the bag? We’ll find out in June.

Sent from my SM-T210 using Tapatalk

I think I died a little on the inside