Capcom, a leading worldwide developer and publisher of video games, today announced the ultimate HD edition of Resident Evil 4 for PC digital download on Steam globally and available as a retail version for Windows PC in Europe. PC gamers will be able to play the groundbreaking survival horror masterpiece in the highest visual fidelity ever with stunning HD running at a smooth 60 frames per second for the first time. Resident Evil 4 will be available from February 28, 2014 for EUR19.99/$19.99.

Alongside the announcement, the Steam pre-order campaign has also gone live today which includes a digital soundtrack with more than 60 tracks and a digital artbook for those that purchase early. Details can be found at store.steampowered.com. Resident Evil 4 will include Steam platform support with Steam Achievements, Steam Cloud, Steam Trading Cards, global leaderboards, and full game controller support. The new PC version will include everything from the prior iterations including subtitle support in English, French, Italian, German, Spanish, Japanese and Polish as well as previously released bonus content such as the Separate Ways epilogue.

Resident Evil 4 received numerous “Game of the Year” awards when it debuted and currently stands as one of the best-reviewed games of all time with an incredible 96 ranking on MetaCritic. A complete visual overhaul has been performed to bring this revered title to the highest graphical quality ever. Fully optimized for the wide screen, texts have been sharpened and textures have been upgraded on characters, backgrounds and in-game objects.

In Resident Evil 4, special agent Leon S. Kennedy is sent on a mission to rescue the U.S. President’s daughter who has been kidnapped. Finding his way to a rural village in Europe, he faces new threats that are a departure from the traditional lumbering zombie enemies of the earlier installments in the series. Leon battles horrific new creatures infested by a new threat called Las Plagas and faces off against an aggressive group of enemies including mind-controlled villagers that are tied to Los Illuminados, the mysterious cult which is behind the abduction.

To complement the exciting new direction, the game introduced a modernized control scheme, rear third person view and gameplay mechanics which have blazed the trail for subsequent action titles.

The Resident Evil franchise, which pioneered the horror genre in video games, has sold 60 million units since 1996 and spawned a series of successful motion pictures that have grossed over $900 million worldwide. As a truly global entertainment brand, the franchise has also expanded to CG anime, manga, novels and numerous merchandising lines. 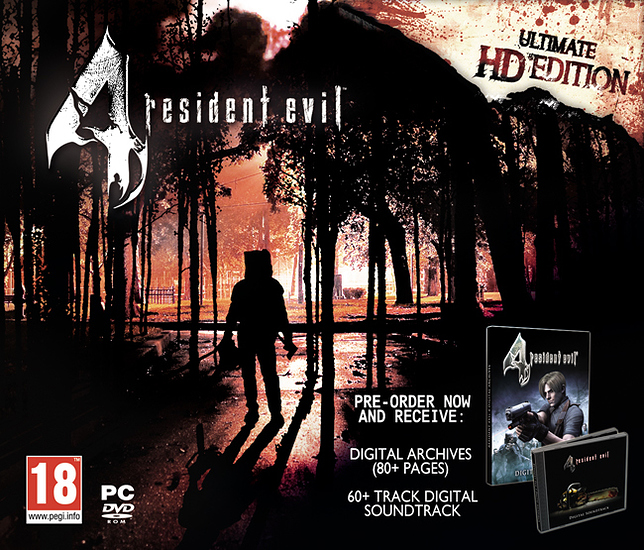