According to the latest press release, Goat Simulator was inspired by classic skating games, encouraging players to mess about with the physics engine to do tricks… or in this case, wreck up the place. “Charging into a table and knocking it over yields points, and if you can manage to do it while doing a backflip first and a 360 afterwards, you’ll score even more points.” As mentioned, players can manipulate objects with their long prehensile tongues for extra hilarity factor.

I usually don’t bother pasting the PR blurb these days, but sometimes it’s just too perfect to ignore.
“We hired a full team of free to play/mobile experts AND psychologists," says Coffee Stain’s Anton Westergh. "They all agreed this idea was stupid, so we decided to ship it!”

“We’re so stoked to bring Goat Simulator to Steam," added Armin Ibrisagic, Game Designer. "It means that we can integrate Steam Leaderboards into the game, and we’re also looking at adding Steam Workshop support so players can customize their experience even more!”

“Goats are stupid and no one should play Goat Simulator” - Sheep worldwide
I wonder how long it will take for the copycat clones to emerge? 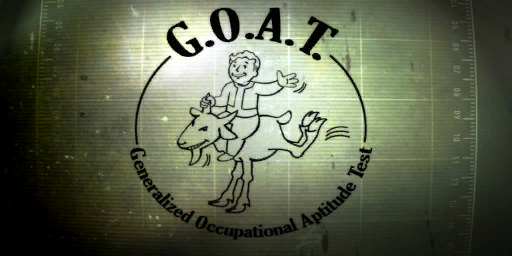