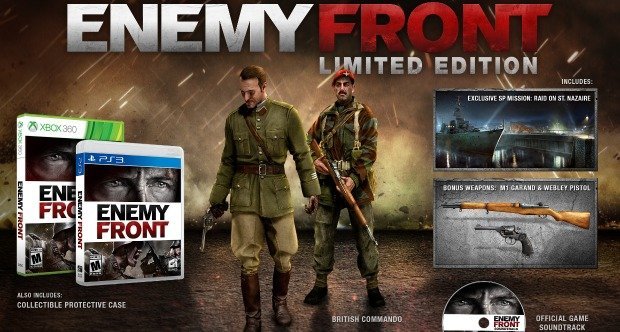 World War II shooter Enemy Front is getting a limited edition, Bandai Namco announced today. It will be available for $49.99 across PC, PlayStation 3, and Xbox 360, and come alongside the standard edition on June 10.

For $10 more than the standard edition, the LE will include an extra mission, Raid on St. Nazaire, the game soundtrack, the M1 Garand and Webley Pistol weapons, exclusive packaging, and some extra downloadable content. It will be available as a GameStop Exclusive.