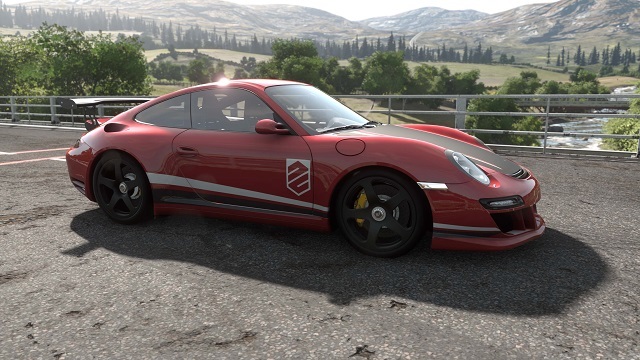 An official release date, full game details, and new videos are expected for Driveclub in the next few weeks, according to an update on the game’s official Facebook page.

“We know you want news about Driveclub. We are going to bring you up to speed with a full Driveclub‬ update soon, because we are immensely proud of how the game is developing and we’re confident you’ll see why when we show you more,” developer Evolution Studios wrote.

“Expect an official release date, full game details and new videos in the weeks to come. We’ll be here to take questions and to chat to you too, so share a message with us and keep following for more updates. We’re looking forward to showing you more!”

The game was originally set to launch alongside the PlayStation 4 in November, but was delayed in October to an unspecified date in 2014.

Driveclub PlayStation Plus Edition, a free to download version of the game for PS Plus subscribers, will still be released, despite the extended delay for the game, Sony has confirmed to VideoGamer.

“Yes, the PlayStation Plus version is still happening,” a Sony spokesperson confirmed.

A Sony blog post confirmed an October 10 UK release date, but made no mention of the PS Plus Edition.

Regarding the PS Plus Edition, Evolution told VideoGamer back in June 2013 that it would have less content than the regular game.

“The only difference between the PS Plus edition and the boxed retail is that there’s a slightly scaled down version of content,” said senior designer Ben Gouldstone.

Sony hasn’t said exactly what content will be missing from the PS Plus Edition. We also finally get some specific details on the free PS Plus Edition and on how it’ll differ from the boxed one:

The PlayStation Plus Edition hasn’t changed. It’s hardly a demo because you get access to all of the game’s features online and offline. The difference is that you only have 10 cars and you can only race in one country (which gives you access to 5 tracks with 11 distinct variants).

That includes the explanation on why it won’t be possible to complete the single player _Tour _mode with the PlayStation Plus edition:

[INDENT]Simply because the PlayStation Plus Edition doesn’t include all of the cars and tracks that you’ll need to complete DRIVECLUB Tour.[/INDENT]

First of all, we get some more details on the length and variety of the tracks that will be available in the game:

[INDENT]The length of the roads and race tracks in DRIVECLUB vary massively, with some that you can speed around in less than a minute and others that stretch on for miles. The longest takes 5 minutes end-to-end, even with your foot to the floor in any one of the quickest cars in the game!

We did try our hand at making even longer tracks and while it was possible, it was difficult to keep super long tracks feeling fresh and exciting, especially when you’re racing because the pack you’re racing with tends to break up the longer the race goes on.

All of the tracks that feature in DRIVECLUB are authentic and based on real world reference trips, but rather than just recreate reality we exploit the freedom of games design to make them more exciting and enjoyable!

[/INDENT]
He also explained where the game is placed compared to the arcade and simulation racing genres:

[INDENT]Our ambition was always to transcend “arcade” and “simulation” stereotypes because we want to bring fans of all racing games (and all of their friends) together in DRIVECLUB. The driving model we’ve developed offers the best of both worlds, with handling that offers many layers of depth to allow players of all ability to race together.

If you come from a background of arcade racing or you’re completely new to racing, you’ll find it easy to pick up and you’ll quickly learn that you do need to use the brakes more than you would in most arcade racing games.

If you come from a background of simulation racing or you understand the art of race craft, you’ll be able to pull off advanced driving techniques and use the weight and velocity of the car realitsitically to keep to the racing line and shave milliseconds of of your lap times.

[/INDENT]
Rustchynsky then promised to release more footage, including direct gameplay recorded from PS4, mentioning that the the team has been hard at work in exploiting the power of the PS4 and they’ll continue to strive for the best results until release:

[INDENT]We will be showing you more of the game before and at E3, including direct gameplay captured from PS4.

We’re keen for you to see how much it’s improved since you last saw it, even for the areas where we’ve already achieved great things. Our artists have relished the extra time to add more cars and tracks and to add detail upon detail to the cars and tracks we’ve had all along. They’re all trying to one-up each other and exploit the power of PS4 as much as possible and they’ll continue to do so until you get your hands on the game. So you can definitely expect us to be proudly sharing updates with you for the rest of the year.

[/INDENT]
If you’re wondering how much customization will be allowed for the liveries of the cars, Rustchynsky gave some information on that front too:

[INDENT]You’ll be able to customise your vehicles using liveries that you unlock throughout the game, changing colours and paint finishes of the various layers. This will allow you to create unique paint jobs that’ll make you and your club stand out from the pack.

[/INDENT]
Finally, he gave a few more miscellaneous details, that you can read below:

The only difference between the PS Plus edition and the boxed retail is that there's a slightly scaled down version of content.

Sent from my GT-I9300 using Tapatalk

Driveclub‘s delay from November 2013 was caused by “one important feature,” according to new game director Paul Rustchynsky.

Rustchynsky replaced Col Rodgers, who left Evolution to form his own studio, in February. “Your great support deserves us to be open with you. I know we have been quiet for a while since we made the decision to delay the game, so I wanted to take this opportunity to let you know exactly why the team felt that Driveclub needed more development,” he wrote on the PlayStation Blog. “We wanted to make sure we got one important feature right.”

That feature was the dynamic menu, which is described as “key to how much fun you’re going to get out of the game.” “Whenever you fire up the game; between every race you play, and when you log in to Driveclub on your phone or tablet, the dynamic menu has to be slick to ensure your experience is seamlessly connected,” he added. “Essentially it’s where you discover what to play, and who to play with.”

“It’s also absolutely vital to our ambition of growing a vibrant network of millions of connected clubs, who all share the excitement of driving amazing cars together. Whether they play just to have fun, or to complete every challenge and beat their rivals in every race, it’s this connected community who will keep the game fresh and enjoyable well after launch, so it makes sense for the connectivity to be perfect.”

However, the delay didn’t just mean that players will get to experience a better dynamic menu. Evolution has also used the extra development time to improve several other areas of the game:
Visuals – We’re constantly improving how stunning the game looks as we continue to optimize visuals and find new ways of pushing the PS4. You can see for yourself how it looks right now in the latest video we shared yesterday because all the footage was captured on PS4 from the game. It’ll look even better in October.
Audio – It’s absolutely state of the art. We’re continuing to refine the authentic sounds that we have for each and every car in the game and we’re going to put together videos that focus on this.
Driving – It already feels great to play and we’re continuing to add further layers to the physics to make it both more accessible for everybody and more sophisticated for experienced racers.
Clubs – We’re making it easier for you to keep up to speed with what’s going on in your club as part of the rework on the dynamic menus. We’ve also tweaked clubs to support up to 6 players instead of 12 (because the game is more fun with tightly-knit clubs and it paves the way for awesome 6 on 6 club races).
Tour – The difficulty curve for the campaign mode is becoming even smoother as we continue to optimize the vehicle handling and also refine the game’s AI for non-player racers.
Cars & Tracks – More time means more staggeringly detailed cars and exciting tracks too. If you haven’t already, check out the Ferrari in the video released yesterday. There are loads more exciting cars for us to reveal in the coming months.

Driveclub is set to launch October 7 exclusively on PlayStation 4.

But why did we choose to offer this particular selection of the game to PlayStation Plus subscribers for free?

If you’re not an active PlayStation Plus member, you can still get DRIVECLUB via the PlayStation Store or your local retailer on Blu-ray.
Stay tuned because there’s more content coming tomorrow with the ‘Clubs’ video, explaining why they’re crucial to making DRIVECLUB distinctly different.

Friday’s episode is all about challenges – why we love ‘em, what they give you and importantly, how they’ll make the game infinitely more networked and fun to play in your Club.
Over and out.