Milan89SD, the Destiny Beta is almost upon us. Come to Bungie.net and choose which console you’ll use to play. Keep an eye on your email. We’ll send you your personal download code when the time comes to play!

Make sure that both the platform and region are correct, or your download code(s) will not work. You cannot undo this action and select another platform or region later!

Details about the upcoming Destiny beta have been revealed in a letter sent to GameStop and EB Games store managers, according to an image uploaded on Reddit.

According to the letter, the beta includes ”four story chapters, four competitive multiplayer maps, a cooperative Strike, and a huge world to explore with your own unique Guardian.”

If you have a Destiny beta key then you will be given three download codes, one for you, and two to share with your friends.

Destiny is set to launch September 9 for PlayStation 3, PlayStation 4, Xbox 360, and Xbox One.

Destiny Xbox One beta won’t be 1080p, but the final version will

The Xbox One Destiny beta won’t run at a 1080p resolution, but the final version of the game will.

During a live stream of the beta on IGN, staff said the beta on Xbox One will not output at 1080p, but Bungie community chief David “Deej” Dague added the developer was aiming for a 1080p resolution on all platforms by the time the game launches in September.

“There is always room for improvement,” Dague said. “This beta is where we are in development right now. The fact you are playing in the beta is of enormous help to us because it teaches us what this thing is, it teaches us how we can perfect it and make it better before launch.”

Elsewhere, Dague confirmed that you will not be able to board enemy vehicles in Destiny, unlike in Bungie’s Halo games. So, no vehicle jacking.

“With all of the ways you can destroy a vehicle in this game, if you could also jump on board, they just wouldn’t be worth using.”

And another tidbit: Guardians drop orbs of light, which, when picked up charge your super power meter. This encourages Fireteams to stick together, Dague said. This works in the player versus player Crucible mode, too.

What we won’t get in the beta, though, are raids - higher level content designed to challenge groups of players.

“We’re gonna have to wait till launch” for raids, Dague said.

The Destiny beta is set to begin on PlayStation platforms at 6pm UK time today. It will then be brought offline for two days before coming back online on 23rd July for PlayStation and Xbox owners. Apparently something special will happen on 26th, Dague said. “The Destiny beta will become more elaborate over time. It will unfold over time and the experience will present you with new challenges and surprises as you move along through it.” 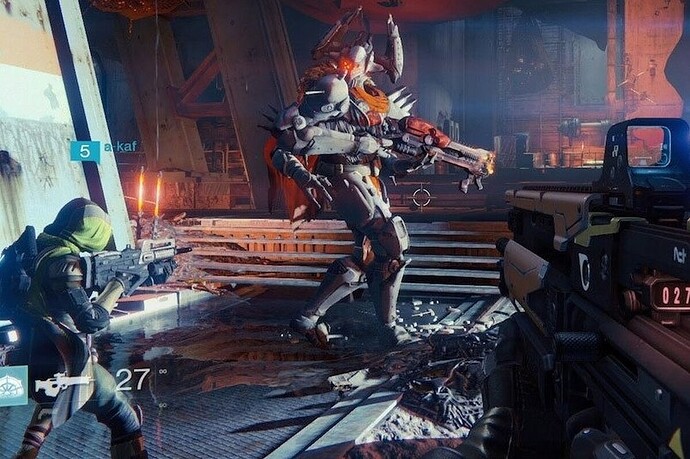 Destiny Xbox One beta won't be 1080p, but the final version will