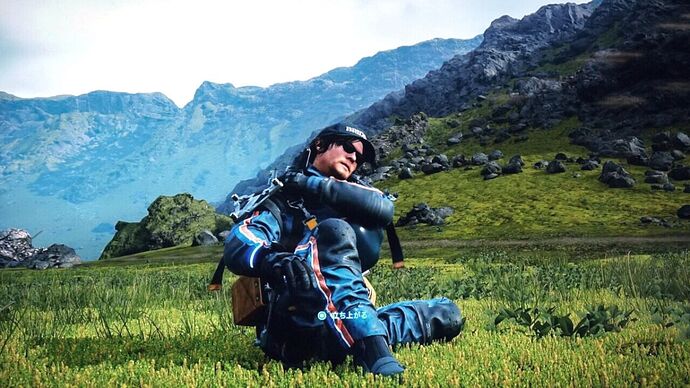 Death Stranding is easy to understand, once you cut through all of the bullsh*t

To understand Death Stranding – the intent behind its narrative and the type of game that it is trying to be – you need to forget about the BBs, BTs, and strangely captivating urination systems.

Hideo Kojima has long attempted (somewhat unsuccessfully) to explain that Death Stranding was a game about connection, and it has taken a new behind-closed-doors demonstration finally gave me a clear idea of the intent behind his laboured explanations.

The thing that really stood out to me was just how simple this game is at its core. Death Stranding is a game about walking. As Sam Porter Bridges (or as you probably know him, Normal Reedus trapped in the uncanny valley), you are tasked with walking from the East coast of America to the West, reactivating various communication nodes along the way in an effort to spread a message of hope to a nation that has become fragmented and disconnected, taking the idea of unity to pockets of an isolated populous that trades in ambivalence rather than love. That is Death Stranding.

And so you will walk. You will retrace the steps of Amelie, daughter of the President of the United Cities of America, who embarked on her own East to West journey with a convoy sometime before the game kicks into gear. She did this in an attempt to establish a network of communication relays across the country, a network that could deliver a message of unity from her mother, Bridget, who also happens to be on death’s door. That message is that every problem in the world needn’t be solved by force; instead, it is hope that can bring us all together.

This is necessary after Central Knot City was destroyed in a terrorist attack – through the use of irresponsible ‘Void Outs’, the act of coming back from the ‘Other Side’, from the game’s central antagonists. This has pushed pockets of civilisation to disconnect themselves from the government and from each other in fear, choosing to instead go it alone in the wildlands.

Off on the edge of the Pacific is Edge Knot City, home to a group being painted as a decentralised force – separatists and terrorists, the Homo Demens – who are intent on ensuring their own independence. It’s on the road to Edge Knot City – on the road to building a bond with the most dangerous and disconnected portion of this vision of a fractured America – where Amelie was captured; she appears to Sam as a hologram projection in everything that we have seen so far, never ageing, looking to him as she did on “back on that beach”. She’s safe, she tells Sam, and she’s free to talk to him and use the facilities as much as she likes – she isn’t in a prison, she is keen to note – she just isn’t able to leave the confines of Edge Knot City.

Connect the country up to the communication network, see if you can rescue Amelie from the Homo Damens and their leader, Higgs – the ‘Man in the Golden Mask’ played by Troy Baker – and spread the message of a dying president to halt the otherwise irreversible fracture of society. There’s your story in Death Stranding; it’s no more confusing than that. It’s the drive to get you moving through the world and the core tenant to the gameplay.

The rest of it is all noise – a collection of gamification and esoteric sci-fi concepts to introduce conflict. Death Stranding is a game about a pilgrimage, about activating communication relays, and about delivering parcels to isolated corners of America in an attempt to establish social strands – building bonds with your fellow man in an effort to inspire hope in a dying society.

Death Stranding is a game about walking
To smo odavno skapirali…